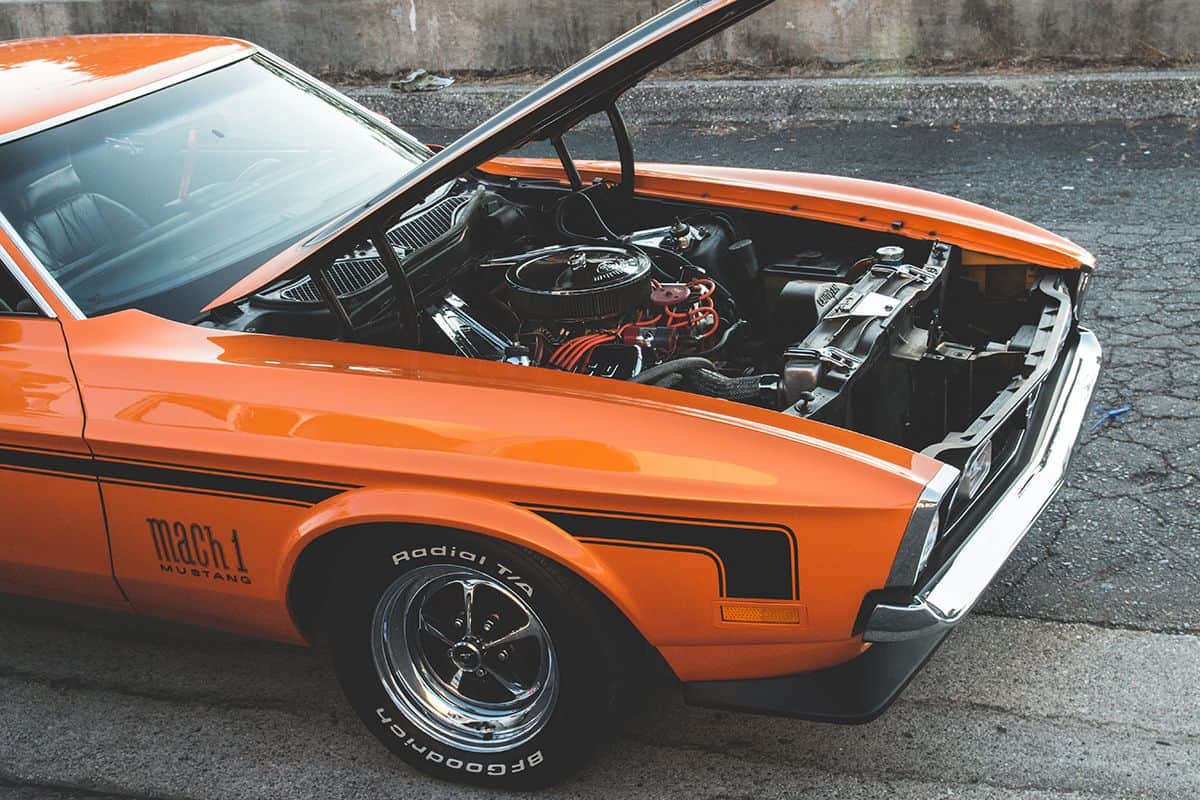 What was that old wives' tale about car engines needing dirt and oil in order to function at their fullest? Something along the lines of ’the dirtier, the better’?

Well we are here to tell you that that is absolutely untrue. On the contrary, a clean car engine actually functions better as it is able to cool itself down more effectively.

Here is how you can, and should, power wash your car engine.

Quick Navigation
How Often Do Car Engines Need Cleaning?
Power Wash or Garden Hose?
The Benefits of a Good Power Wash
Things to Remember
Do It First Thing in The Morning
Cover certain parts
Apply the Degreaser
Spray Away
Conclusion

We get it. The thought of diving into your car’s engine is enough to make your skin crawl. But
depending on the environment in which you live, your car engine may be crying for you to do so.

Over time, engines build up a lot of debris and dirt.

Environments that are prone to a lot of dust, pollution, snow or strong weather patterns will lead to build up even faster. Cars in these types of conditions are recommended a cleaning once every three months.

Environments that are less prone to these harsh conditions don’t require as frequent engine
cleaning. Twice a year should be sufficient.

Regardless of the nature of the environment regular wipe downs of the engine should occur
between serious washes. This can be done with an everyday hand cloth and toothbrush for the
harder to reach areas.

This is not as daunting a task as it may seem. Simply make sure the engine is cold before you start, and you’re good to go.

We love this video where self-proclaimed “car angel”, Greg, shows you how to give your vehicle a good ol’ rub down.

Though there is some debate around this question, a power wash is absolutely the only worthwhile method of washing the engine of a car.

The truth is a garden hose will only be able to remove the top layer of aesthetic dirt from the hood. The gaps, compartments and harder to reach areas will remain filled with debris & build up.

A garden hose tends to create a blanket of water that covers the entire contents underneath the hood. Over time, the water in the smaller nooks and crannies will result in rust.

Since a power wash operates at such high pressure and allows precision working, certain areas under the hood (that shouldn't be touched by water) can be avoided entirely. You can literally just target the debris and move on.

If a garden hose is all you have to work with then it should be used on low pressure. Take it slow and strategically avoid areas of the engine that shouldn't be wet. Ensure that the engine is cool and have a rag handy to scrub along with the hose.

The Benefits of a Good Power Wash

If you’re not personally up to the task of regularly power washing your vehicle’s engine then there are places that will do it for you.

Most vehicle detailing companies offer this service as an added extra on top of exterior washes. At an additional fee they will power wash under the hood with a high pressure hose and use degreasing fluids.

If you’d like to DIY your engine wash then you can purchase these fluids to take home. 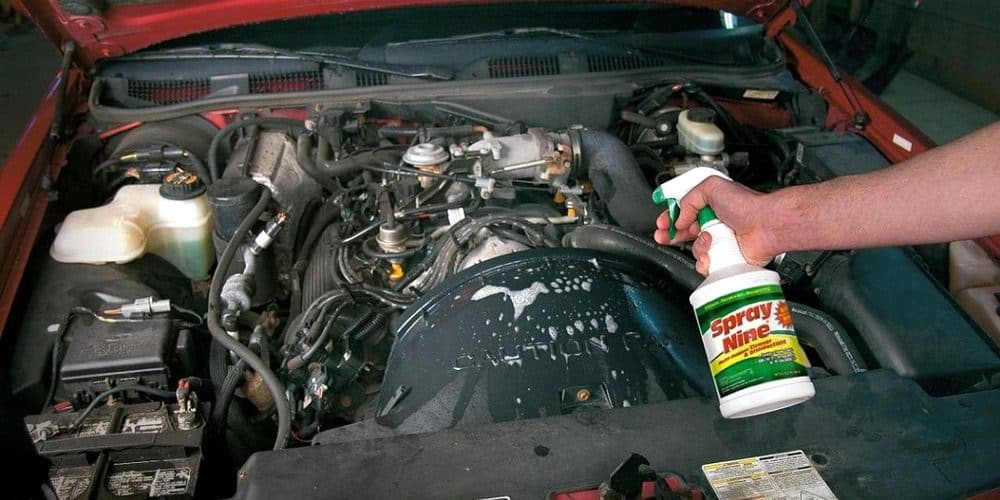 The most notable benefits of keeping a clean car engine are as follows:

We believe these benefits far outweigh the time and effort it takes to give what’s under the hood a good scrub. Since the car really doesn't care if it’s clean or not; in the long run it’s only you who reap the rewards.

Do It First Thing in The Morning

The best time to power wash a car engine is first thing in the morning, after the car has been sitting cold over night.

Throwing water onto a hot engine can cause extensive damage. What’s more, you run the risk of
injuring yourself in the process. A hot engine will burn anything it touches if not handled correctly. Rather avoid this altogether.

Before you can start spraying you need to cover the alternator, the engine’s air intake and any other exposed filters. These are just precautions but getting water or degreaser onto any of them is not advised.

Simply use an old grocery packet to cover these parts. Consider doing the same for any exposed
wiring that catches your eye.

Start with the perimeter and work your way in. The best way to apply a degreaser is with a brushing tool of sorts.

While a degreaser will not clean the entire engine, it will take care of the majority of the debris.

Once you’re happy and your degreaser is evenly dispersed — it is time to spray.

With your power wash hose on blast, work your way through the different areas of the engine. 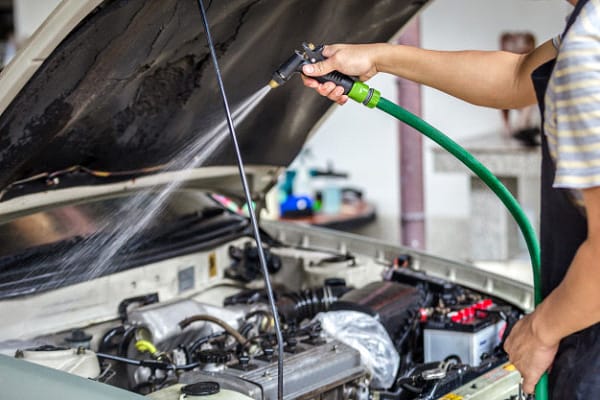 Spray into the hard to reach compartments and when you’re done give the engine & hood a last
spray.

The question is no longer “can you power wash a car engine?”. Rather it’s a statement: You
absolutely should power wash your car’s engine.

The benefit of having a functionally safer vehicle that is likely to last longer is reason enough to
adopt this practice at least twice a year.

We encourage you to take the plunge and do this job yourself instead of seeking a detailer. In the long run it will save you time and money. All you need is a high-pressure hose and suitable
degreaser. Not that difficult, right?