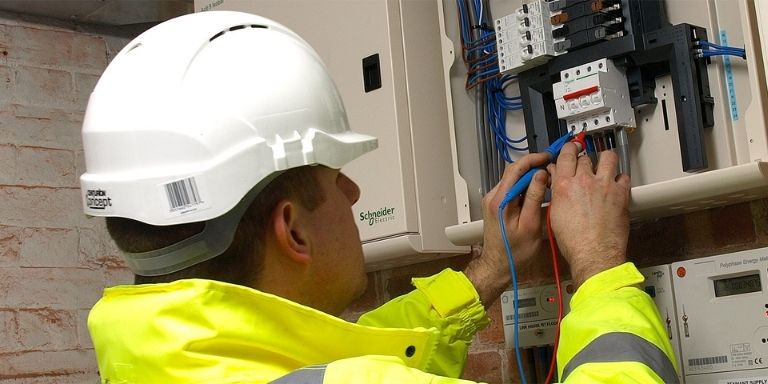 There might be electrical failures occurring in our day-to-day life. And it is normal to not know about these situations. Also, you have to know the right way of inspection. Otherwise you’ll end up with failures.

What are the common electrical inspection failures?

The common electrical problems may be faulty wiring, ungrounded or partially grounded wires. Having messy extensions or improper switches, double-tapped wires, obstructed drip loops and having external disturbances But while inspecting and fixing, there is a chance, where you might cause more problems.

Now, as you know the preview, let’s dive deep into the process. Read along to find the details in the article!

The Most Common Electrical Inspection Failures

The problems that will become oblivious after inspection are the main topics of discussion here. These are the electrical failures that will be caught starting from first sight to being careful at the neglected corners. These are as follows-

The cord extensions often cause a lot of mess. The mesh wiring will always make it tough to work and increase the possibility of accidents. But this can also be the reason to have an electrical inspection of the entire area.

As a result you have to organize them after going through these messy extensions.

Having improper wires and switches may cause a device not to work or charge. Often you may mistake it for being non-functional. But this will also require an investigation.

So before you decide to throw away the plugs or switches, you must check first. Also, having improperly wired switches may cause fires and sparks in the plugs. For example, you often don’t know how neutral wiring works. So it has to be cleared.

The connection of multiple plugs to one single breaker may cause a huge load on that breaker. Now, the double-tapped situation may often cause the fuse to fall, the wire may get burnt or sometimes it may catch fire.

Now, grounded wires and ground wires are different. So do keep that in mind.

The drip loops may be obstructed, so this may be an issue. As a result you have to go through a check-up in your electrical setups.

Sometimes, wires can be grounded but are buried improperly. These may cause similar problems like being electrocuted on the exposed open areas.

Sometimes, trees and bushes lean on the external electrical circuitry. These may cause a disruption in the electrical wiring.

Now, in order to avoid it, you may try arranging the wiring in a closed circuit. Also, they can be kept away from external influences, keeping them at a higher ground. This may also be needed when arranging Christmas lights outside.

The missing covers and the smoke alarms are often not kept in a particular setting, Now, this failed setting may cause them to go off at irregular patterns or wrong terms. Not having covers and smoke alarms may need an installation too.

Now that you know the common electrical inspection failures, take a look at the causes too. This will help you to prevent these issues thus saving yourself from the failures in future.

GFCI protection missing from outlets in kitchens, restrooms, and other areas where water may be present. This can be a very big problem while investigating.

These areas will get tougher for investigating faulty electrical lines.

The process of investigation can get interrupted by exposed wiring or wires that have been sliced open. This is something that no experienced electrician would do.

It is a very common mistake when people try to do it themselves.

Excessive use of extension cords and adapters due to a lack of outlets causes a mess. So while inspecting these may stand as a barrier for being excessive while laying out.

Using too many fuses in circuiting is the circuit that has been over-fused. These often cause too much inconsistency and that may cause continuous power outages.

These may not be preferable when investigating the electrical failure.

There aren’t any outlets that aren’t tamper-proof. Now, Tamperless proofing can get in the way while we are inspecting the electrical flaws. These can also result in accidents.

The heat of the wire may burn the skin while you’re investigating. So I suggest you wear gloves while doing so. You’ll find useful gloves from my suggestions below-

Outlet and switch heights are inconsistent. Unless the room is intended for usage by a kid or a wheelchair user, switches should be around 48 inches above the ground. S

witches are expected to be of a specified height.

Cable anchoring being incorrect may be one of the issues to be considered too. These will be getting on the way causing uneasy movement. The cables may cause such a mess when they are anchored incorrectly.

Now, as we know, these may be faulty ways of investigation. Avoiding these small mistakes while repairing may lead to a different range of accidents over time. So you can’t overlook the slightest possibilities and ignore small arrangements even if we feel like it.

Answer: Landlords must have their electrical installations inspected and tested by a skilled and competent person at least once every five years, according to the regulations. This will at least keep you safe for the next few years.

Answer: The inspections must be performed by a licensed electrician. The EICR must be granted by them. An EICR offers the green light to continue using the electrics in the property as they are if it is passed. The electrician will either fix them right away. However, at the very least, try making them safe before returning to correct them.

Question: What repairs are required following a house inspection?

Answer: When the house goes under inspection, the repairs that need more attention are as follows. These are mold or water damage, pest or wildlife infestation, fire or electrical hazards, toxic or chemical hazards, major structural hazards or building code violations, trip hazards.

These may be common electrical inspection failures, that may be some ways that you may inspect. This is done in order to repair the failures. But oftentimes, inspections may fail too.

I hope you are aware of the consequences. Anyway, I don’t want you to face any other problems after inspections.

For that, I wish you the best of luck and hope that your problem gets solved.