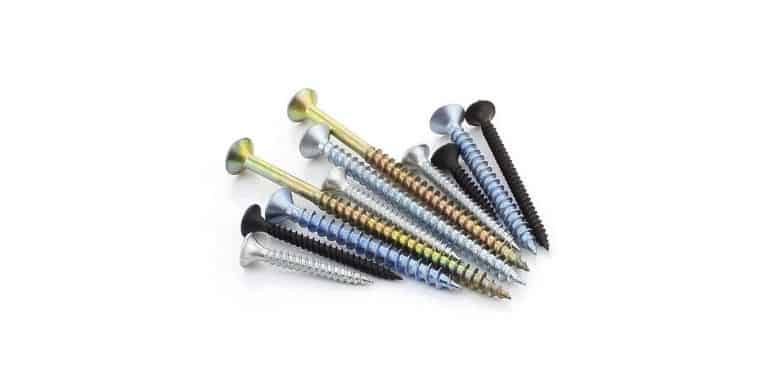 Nails and screws are the most used hanging device in households. But drywall is weak and it’s super easy to create a hole. That’s why you’ve to be really careful when hanging something off drywall.

What are the differences between drywall nails or screws?

Between nails and screws, screws are slightly more expensive. But a screw has 30 pounds weight capacity as opposed to a nail’s 10 pounds. Luckily, nails are less prone to break in half. Nails also have higher shear strength than screws. But unlike nails, screws have higher grip strength. This allows you to hang something off the ceiling efficiently.

Anyhow, that was nothing but a short answer to the discussion. We’ve picked each of these aspects and compared both fasteners head to head.

Read along if you want to know more about these fasteners and their advantages!

Before we head into a detailed comparison, let’s have a look at them. Knowing critical information about them can make it easy for you to understand.

To help you out, we’ve come forward and made you a short table:

And that was the quick head-to-head round between nails and screws. Which one seems better in your eyes?

If you haven’t made a choice, that’s absolutely fine. Because there’s a lot more to know about them.

Sit back, relax and go through the entire discussion. You’ll surely find your answer! We’ve explained each differentiating factor-

Weight capacity is the most important factor to consider when using either nails or screws. If the capacity is too low, it can fall off and break your drywall.

Out of all types of fasteners and anchors, nails are the weakest. A standard nail has 10 lbs pull capacity on a ½ inch drywall.

½ inch drywall is mainly used in residences. If your drywall is thinner than ½ inch, the pulling capacity will be lower.

Screws or self-drilling screws have a higher holding capacity. The average holding capacity of these screws is around 30 lbs. This amount is also measured on a ½ inch drywall.

The screws are also longer and can easily reach wall studs. Wall studs can significantly increase the weight capacity that drywall can hold.

If you’re designing your house, you’re going to need a lot of nails/screws. That’s why the overall cost of these two, does matter.

Both of them are quite similar in the price range. But nails are quite cheaper than screws.

Nails are also easy to produce and therefore, they are cheaper compared to screws. You also have to count the price of a nail gun or a hammer too. Both hammer and nail guns are cheaper than a screw drilling machine.

On the contrary, screws are slightly more expensive than nails. These are also a little bit harder to make because of those spirals. Thus the price difference.

On top of that, a screw drilling machine costs a lot. You’ve to count that too.

Winner: Nails take the victory in this one.

Speaking of nails and screws, here are top recommendations-

You can now choose whichever you prefer and get started!

After weight capacity and price point, it’s time to consider the designs. Like OSB and drywall, they have a significant difference in designs.

Nails are sturdier than screws because there’s no spiraling in its body. Because of that, nails get bent when there’s too much weight.

But that’s not the case when it comes to self-drilling screws. These don’t bend but they can easily get ripped in half instead. A broken screw is also quite hard to take out.

Winner: Nails scores this round.

Shear strength means the resistance against the downward pulling force. Things such as picture frames, mirrors, and clocks always pull themselves downwards.

These cause stress for the fasteners. As a result, they easily get worn out.

When it comes to shear strength, nails are outright winners. Because nails have more metals in a certain area.

But this doesn’t mean they can carry more weight. Their weight capacity is still 10 pounds. What it means is that nails can carry 6 to 7 pounds easily.

But a screw won’t be able to do that. If you hang something on a screw, they’re more likely to break. This is why screws are mostly used in ceilings.

But long industry-grade screws can hold for longer if screwed into a wall stud. You just have to put the screws on the drywall properly and they’ll last for years.

Winner: Nails secure this round.

Grip strength is the opposite of shear strength. It means the ability to hold something against gravity.

In grip strength, you can hang from the top or bottom of the fastener. Imagine screwing a painting on the ceiling. It won’t pressurize the screw’s body but its head.

When it comes to grip strength, screws are far better than nails. They have a better grip and higher holding capacity. Nails eventually come off easily. Disasters like earthquakes can also help pop the nails out

Winner: Screws score the point in this round.

Nails have better shear strength. But they can also be easily replaced. For instance, headboards can be attached without nails.

If you’re hanging something super light, definitely go for nails.

On the contrary, screws may have worse shear strength but you can use multiple. They also have a higher weight capacity.

Like, a 70 lbs mirror can be hung with 3 screws. As for ceilings, you always have to use screws.

Question: Which nails are best for drywall?

Answer: Drywall nails have to be at least 1 ¼ inches long. Ring shank nails are considered the best nails out of all types. These are less likely to get bent or popped.

Question: Why do nails pop out of drywall?

Answer: Moisture plays a big part in nails slowly popping out. If there’s a sudden change in weather, it’s more likely to get detached. For example, using AC in summer weather is bad for drywall nails.

Question: What length of drywall screws should I use?

Answer: For a ½ inch drywall, the optimal length of a screw must be 1 ¼ inch. On top of that, you’ll also have to find the wall stud. The screws should penetrate and reach at least half inside the stud.

That was everything we could gather on drywall nails or screws. We hope this discussion was able to answer the questions you’ve been asking around.

Last but not least, best of luck!