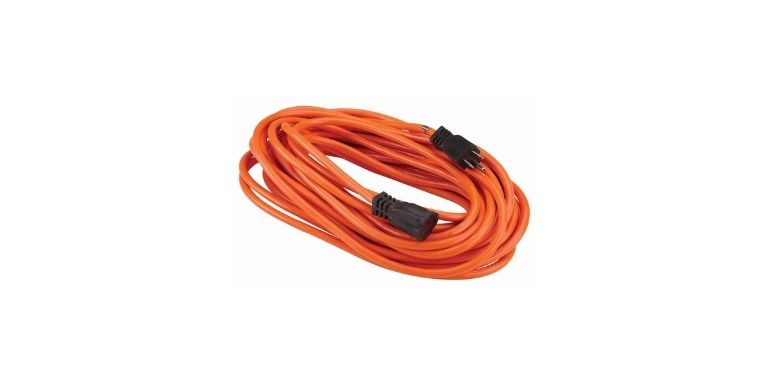 The extension cord is a way to transfer electricity to the multiplug. But when the cord starts making absurd noises it seems horrible. We think it might cause serious accidents along with electric shock and fire. But is it real or some myth that has been blundering us for years? Why it happens and what’s the resolution is a must answering question.

Why is the extension cord making noise?

Electrical arcing is the core reason to create crackling noises. When electricity jumps out from one cord to another, then the crackling sounds. Broken cord, loose connection, or frayed wires are responsible for creating such absurd tones.

However, this info is too little to make you satisfied. That’s why I’ve put down an entire article to clarify each of your confusion and acquisition.

So without any bragging more, let’s deep inside the discussion!

Is It Normal to Make Noise in Extension Cord?

I’ve already mentioned that an extension cord is used to transfer electricity. Now you’ll need to understand a bit about the nature of electricity.

We know in our houses we get alternating currents. While this current passes through any device it creates a ring of a magnetic field. And that very magnetic field provides an extra thrust over the device. And the inner components of the device start vibrating due to this extra magnetic force.

This vibration sometimes produces a humming sound reacting to that vibration. Now, these humming sounds also vary responding to some other phenomenon. These could be sizzling, buzzing, crackling, popping, and many more to mention.

Whatever the noise it produces, be sure to keep aware of it. Because most of these cases are responsible for creating hazardous situations.

Therefore you understood that making sounds isn’t an unusual phenomenon. But if it happens too frequently then you should turn your attention toward it.

There are several reasons for the cords to make noises. It can include loose connection, bad wiring, overheating concern, overloaded current, frayed cords, and many more.

Commonly when we attach any devices using such chords, these absurd sounds take action. Most of the time when you’re to join the plug with cords, a sudden spark arises. As a result, some crackling sounds draw our attention. But the core reason lies behind the moment of arcing. Now if you aren’t familiar with what arcing is then let me explain.

Arcing occurs while the current is supposed to be confined within the conductor but unfortunately it escapes. And this happens when our circuit becomes overheated or overloaded. In that case, the electricity flows through the air from one conductor to another.

When they jump from one wire to another, rather than flowing through the wires, the crackling sound is exposed. The fluctuation from conductor to the airflow of electricity raises that absurd noise. Sometimes having no ground wires can also be a notable reason for creating crackling noises.

However, when the internal cord is torn out or becomes outdated, this phenomenon becomes very common. However, this case is nothing that can be taken lightly. Because these cases are too serious to catch fire at any time.

Therefore whenever you encounter such noises be sure to check if your card is physically perfect or not. Insincere steps might end up with serious consequences that would be hard to tackle.

That’s why I’ve depicted the best way to handle this situation and the ways are discussed in the following segment.

How to Deal Crackling Noises?

As we’ve already discussed how dreadful its consequences can be, we should learn how to deal with it. We know the core reason behind this noise is crooked wires.

Due to prolonged usage and carelessness, these wires get old and inappropriate to use. Sometimes they become loose and insecure to be used. Therefore let’s learn about how to repair frayed cords or damaged wires.

As the wires become insecure, whenever it crackles, disconnect the cords immediately.

You don’t need to think much, just leave the wire disconnected from the electrical sources. Then switch off your electricity so that any further hazards don’t take place.

Now observe the wires very minutely, from where the problem begins. If there’s any point where the cord is torn out, you need to repair the defective point.

In such a case an electrical tape would be a great choice.

Role around the defective segment of the cord and cover the area accurately so that no such issue happens again. However, be careful about not using duct tape instead of electrical tape. It is not good for wiring electrical cords like the electrical tapes.

Follow the table below to buy the best budget electrical tape:

Make sure to match these brands’ signatures while buying new electrical tapes.

However, let’s talk about another solution. If the silicon portion of the wire is almost exposed, then better to use a soldering iron. It’ll give you a permanent solution to your damaged, broken cords. To do so, you’d better tie a thin gauge heat shrink around the broken part. Then splice the wire together and tin over the wire using soldering.

Now cover the solder joint with heat shrink tubing and blow the hot air gun over it. The heat shrink will attach to the joining point and you’ll wire be ready to rock. However, be careful about neutral wires and live wires. Don’t mismatch while soldering, otherwise, your effort will cause havoc rather than resolve it.

In this way, you can repair your broken or damaged cords. It’ll help you to prevent creating such scenarios where crackling sound occurs. Also, in addition, try not to put an overload on your cords while working. It’ll eventually make your cordless usable and maybe cause the wires to burn due to overheating.

Question: Why does plug socket cackle?

Answer: Crackling sounds denote there’s something wrong with the plug. This issue is known as arcing and is caused by crooked wire. If it isn’t checked properly it can cause serious health hazards and sometimes creates electrical fires.

Answer: Yes. Almost in every kind of cord, this is a common phenomenon. When you plug the cord into the plug, slight sparking arises in the contact point. However, this sparking is harmless and produces a little crackling sound.

Question: Can extension cords cause a fire?

Answer: Yes it can. When the cord is overheated and excessively used there’s a high chance of catching fires. If the added appliance uses more watts than the cord’s capacity, the cord will catch fire.

Through this long intellectual discussion, we’ve tried to address every possible issue and its solutions. Now it’s time to wrap up our expatriation.

Hope you’ve understood everything related to the extension cord making crackling noise. Stick to our instructions and suggestions to tackle such situations accurately.