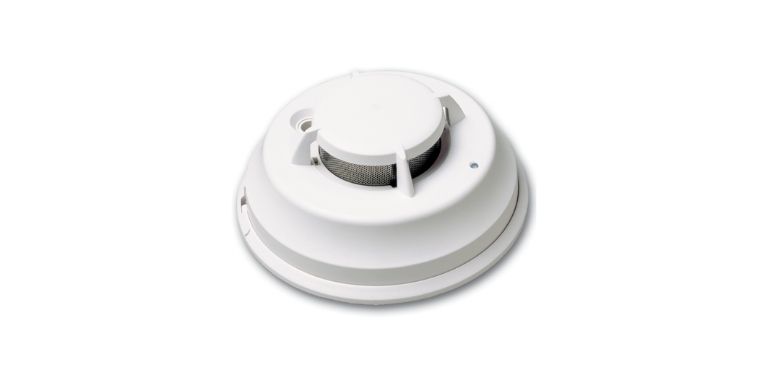 Smoke detectors are considered as a necessary gadget as per residential building codes. Fire is a natural element that begins quietly and remains unnoticed till it’s too late. As a result, smoke alarms are quite essential for your own safety.

How to hardwire a smoke detector?

Before anything, decide the location for wiring the alarm. Cut off the space and bring out the NM cable afterward. Insert the cable inside electrical boxes and mount the box to the wall. Further, connect the smoke detector along with extra batteries. Finally, connect the alarm and examine its potential.

This was just a teaser. I am about to explain each and every step gradually. If you’ve got a few minutes, keep reading with us.

What Is A Hardwired Smoke Detector?

Often, you may notice people saying “hardwire” before any appliances.

What does this hardwire stand for?

“Hardwire” is generally applicable when any device is directly attached to the electrical circuit. In addition, these devices won’t be plugged into any receptacles or run through any batteries.

You will find two types of smoke detectors available in the market. Hardwire smoke alarms and battery-operated alarms. Visually both types look exactly the same. Between these, I suggest the previous one.

Because a hardwired smoke alarm is connected with the continuous electrical flow. As a result, there are fewer possibilities of alarm failure. Even though the power breaks, it contains backup batteries as extra safety.

I have gathered a bunch of renowned hardwire smoke detectors. These are highly recommended by experts. Have a look-

You have the flexibility of choosing any of these.

How to Hardwire A Smoke Detector?

Smoke detectors require wiring together to build a complete system. Talking about hardwiring smoke detectors, if any of these gadgets go off others will follow the same.

That’s why you have to ensure the connection between each of your hardwire smoke alarms.

Anyways, now shift your focus to hardwiring your smoke detector. I will guide you through 5 simple steps to accomplish your task.

Are you excited to learn a new skill? If yes, let’s get on board-

You have to first decide the perfect location for wiring smoke alarms. Experts suggest placing smoke detectors on the ceilings.

You can also place it on the wall. In that case, install it within 12 inches of the wall.

You can use a stud finder to detect ceiling joists and wall studs. Hold the electrical box backward. Place the perimeter of its face as a template to draw a cutout around the perimeter afterward.

If your house has old-work boxes, place the boxes in between joists or studs. It’s not suitable to place the detector over the studs.

As you’ve found the location, it’s time for making cutouts. Use a drywall saw and cut up the opening in the wall for inserting the electrical boxes. But you also use the same dremel that’s used to cut ductwork.

I have seen some residential apartments require drilling a pilot hole. It is for establishing a point for the saw.

In my experience, you may find difficulties while fishing cable through the ceiling. You have to brainstorm to figure out the best possible way for running the wire. Generally, the best locations are up into attic spaces, along with ceiling joints.

Even right below the detector boxes can be a good place for fishing cable. This procedure will take extra cable for sure, yet serve you extra benefits. Keep those extra cables extending through the hole in the drywall.

Later, while installation of the boxes, resize the cable to its proper length. Anyways, now let’s move to run cables to other boxes.

At the beginning of your first detector box, run a grounded 3-wire cable.

Run them among all the subsequent smoke detectors. And if you find no ground wire in outlets, ground them immediately. Because grounding the main electrical panel is necessary for your own safety just like the smoke detectors.

But this extra wire along with cables maintains communication with one another. It’s because whenever one alarm starts beeping, automatically the other ones will synchronize.

You have run fishing cables and interconnected all our smoke detectors. You now have to set the cables into electrical boxes. Keep around 8 inches and cut out the extra few inches that we left while fishing cable.

Further, strip off the outer sheathing from cables through a cable ripper. The same cable ripper you used while installing a red wire ceiling fan.

Then gradually push them through electrical boxes. Don’t forget to retain ½ inches of cable insulation past the clamps.

You will mount the boxes now. You have to tighten the screws so the extended parts are uptight against the drywall. As a result, the system will be secured.

While wiring the smoke detector, the first task is installing mount plates. Insert the circuit wires first through the alarm’s mounting plate. Align the mounting plate with screw holes afterward.

Secure it using screws and tighten them with electrical boxes. Let’s move on to wiring the smoke detector now.

Your task will be connecting all the leftover bare copper ground wires now. Further, attach the red circuit wire to the interconnecting yellow wire from the detector.

Finally, place the wires inside the mounting plate carefully. Secure your detector gadget by connecting it to the mount. Try to follow the manufacturer’s guidebook for placing them in the correct way.

The last task from this part is inserting the backup batteries. Just align positive and negative terminals with the correct configuration.

With that, you have finally accomplished hardwiring smoke detectors! Your setup needs to go through an examination process now.

Step 05: Turn on The Power Line And Test

Installing alarms connecting the feed cables with the main power source is important. It is initially essential to test if the alarm is operating or not.

Active your power source of the circuit and press the test button of each smoke detector. You have to test one device at a time.

If they are working accurately, they will beep whenever you hit the button.

If you follow the instructions as per guided, your smoke detector will definitely run properly. You also have to maintain the safety rules to avoid electric hazards.

Question: Can I install a battery-operated smoke detector over the junction box?

Answer: No, you can’t. Battery-operated smoke detectors have no connection with a junction box. Still, if you set up the detector near a junction box, it will create unnecessary alarms. It will misguide the people of the surroundings.

Question: Hardwired smoke alarms vs battery-operated alarms – which one is better?

Answer: The answer is the hardwire one. Because it’s more reliable as it is directly linked with power supply. Moreover, it won’t stop beeping until you turn it off. Whereas, battery-powered smoke alarms thoroughly rely on batteries.

Answer: You can interconnect multiple smoke alarms by using a three-way switch. This switch provides 3 wires (red, black, white). In which, attach red wires altogether as these wires interconnect the detectors. You can also place wireless smoke detectors instead of wired ones.

That’s all for today. I’ve tried to cover everything regarding how to hardwire a smoke detector. Did you find our instructions fruitful?

Hopefully, hardwiring a smoke detector will be an easy task for you.

Until next time, take care!