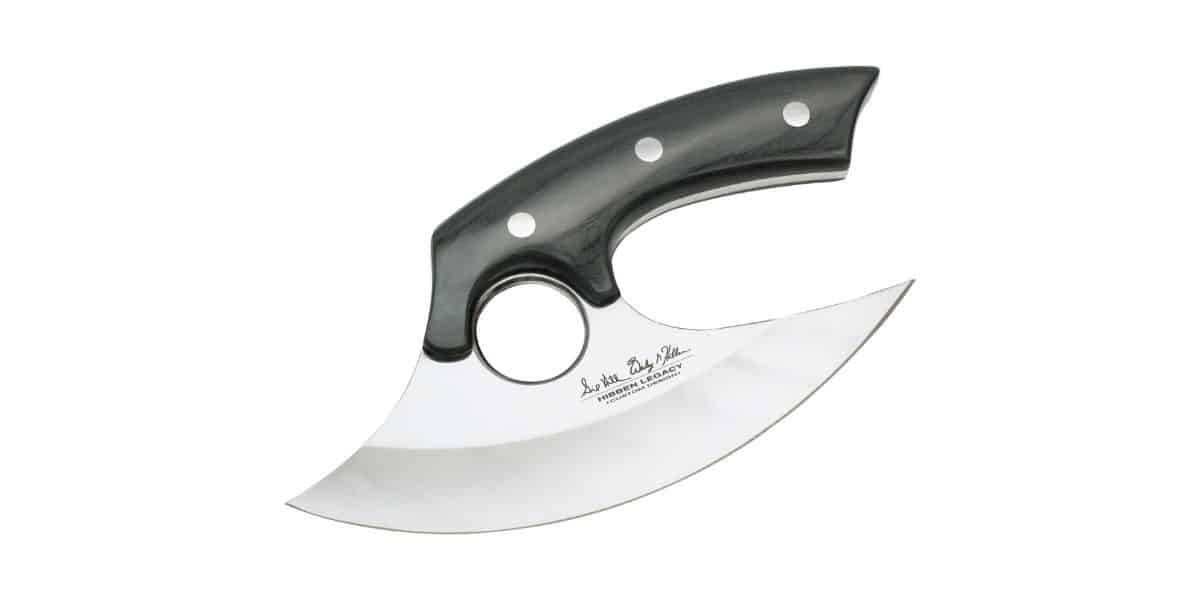 Are you worried that your ulu isn’t sharp enough? Or perhaps you’ve made your ulu blunt after using it repeatedly for a long time?

Not having a sharp ulu can cause problems. You won’t be able to cut anything easily when using them. Also, they’ll make your work slower than usual which is annoying.

I mean what’s there to sharpen an ulu? Just rub it against a rock and it’ll do the trick, won’t it?

Well, it’s not that simple. The curves on the ulu won’t make it easy for you to maintain a constant angle whenever you rub it against the stone.

So, how to sharpen an ulu?

Don’t worry, we’ve got your back. In fact, in this article, we’ve compiled a step-by-step process to sharpen your ulu.

As if that’s not enough, we’ve even prepared a FAQ session to clear out most of your confusion about this matter.

How to Sharpen an Ulu?

You can sharpen your ulu knives easily using some tools and techniques. However, the angle makes sharpening them difficult.

What does it mean for you?

Don’t worry, it’s not that difficult. If you can remember the steps that we’re about to show you then you won’t feel a problem.

You don’t need any fancy or expensive tools to do the work. Besides, these tools are easily available in local shops or on the internet. Let’s take a look at them:

Now, when you’re done selecting your tools, let’s look at the step-step process:

You can purchase any sharpeners from the internet or from your local shops. Besides, these tools are inexpensive and simple to use. Let’s see how you can use them to sharpen ulu.

At first, put the ulu on a flat surface and make sure the blades are on the table’s side. As a result, your hands won’t cut when sharpening them.

Following the previous step, take out the sharpener that you’ve purchased. Then, use it on the blade.  However, this is not the same as using a sharpener for sharpening rage broadheads.

From the tip of your sharpener, move to the edge of the blade. Also, make sure that you’re using it on the side and on the flatter part of the ulu’s blade.

Continue on the second step. After some time, you’ll see a shine on the blade. However, you can still continue to sharpen the blade as long as you want.

So, how can you remove them?

Reverse the sharpening process starting from the back. However, make sure that you’re lightly using the tools on your blades. As a result, you’ll remove the burrs and get the sharpest of the edges.

Whetstones are excellent sharpeners. They’re easy to purchase and really simple to use. In fact, even your ancestors used these stones decades ago. So, let’s look at the process:

1. Use a Sturdy Surface

It’s crucial that you manage a sturdy surface whenever you’re going to sharpen an ulu using whetstones. You really don’t want a wobbly surface because it can cause accidents.

Besides, a sturdy surface will allow you to maintain a constant angle at the time of sharpening your ulu.

First, clamp the blade in the sturdy surface. However, make sure that you place the ulu far away from your hands so that they don’t cut you accidentally.

After you place the ulu and secure it to the clamp, it’s time to sharpen it. Firstly, use the whetstone on the blades in one direction. In addition to this, make sure you’re not pushing the blade too hard

However, make sure that you aren’t sharpening the ulu at an awkward angle. You need to make a constant angle on the curve. Also, make sure you’re sharpening it at a lower angle. This is because the lower the angle, the sharper the blade will be.

4. Sharp at One Direction

Most of the ulus come with a single bevel. So, you need to sharpen it gently. Also, you need to make sure that you sharp in one direction at the start.

This is because when manufacturers make this tool, they sharpen it in a direction only. Thus, you need to follow that technique. After sharpening the blades for some time, it’ll look shiny which will indicate that it’s ready.

5. Remove burrs on the Other Side

After you’re done sharpening the ulu using a whetstone on one side, it’ll look shiny. However, if you notice the other side, you’ll see that there are small burrs on it.

Hhow can you remove the burrs?

It’s easy to remove them. You can just put a few light strokes on that side using the whetstone and it’ll do the trick.

A leather strop is an excellent tool to sharpen ulu knives. Besides this, leather has three major benefits when sharpening ulu:

Why is it Important to Sharpen an Ulu?

By now you should know how to sharpen an ulu. But, why do you need to sharpen them? I mean you can still cut things with a blunt knife, right?

Well, there are certain reasons to sharpen an ulu. Let’s take a look at them:

Hopefully, we’ve cleared your question on how to sharpen an ulu. To sum up, sharpening ulus isn’t that difficult, to begin with. In fact, you can easily sharpen them from the methods that we’ve shown in this article.

The article will work as a guide for you on everything you need to know about sharpening an ulu.

So, why don’t you try using them today? Good Luck.