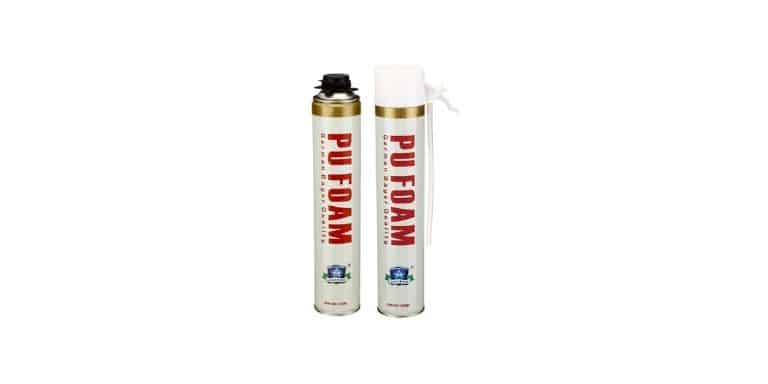 Shower pan flexing is a common issue. But that doesn’t help with the fact that it’s quite bothersome. It’s not surprising if you wish to fix this issue. Using spray foam under the shower pan can solve the issue.

How to use spray foam under shower pan?

Remove the shower pan from its position first. Measure the pan’s size and mark the ground area where it sits. Take a bottle of spray foam and spray it evenly inside the marked area. Apply a thick coat of foam and replace the pan in its position. Screw the pan with studs to make it secure.

That was the preview of the whole process but it’s not enough. Read our piece and follow the step-by-step guideline we’ve provided for you.

What’s the wait for? Let’s get started!

Why Does Shower Pan Flex?

The gap between the pan and the ground is what causes it to flex. Shower pans are designed similar to modern bathtubs. The place where you stand on the pan usually doesn’t touch the ground. It’s designed in such a way so that the water flows toward the drain.

Some of the pans are built with support underneath them. But it doesn’t always eliminate the flex issue completely. Flexing is not a defect but most people feel bothered by it. It doesn’t give a solid feel when the pan flexes. Some even make squeaking noise because of this.

Using spray foam is a good way to eliminate this flexing issue. It’ll help to repair the squeaking shower base issue as well.

What Type Of Spray Foam To Use?

There are many types of spray foam in the market. But not all are suitable for our job. For shower pan renovation, you must use minimal-expanding spray foam.

Spray foams expand and exert pressure on the opposing force. If the pressure is greater, it’ll cause cracking of the shower pan base.

This is why you must use minimal-expanding spray foam for this project. With a minimal range of pressure, the base of the pan won’t be damaged.

How To Use Spray Foam Under Shower Pan?

Using spray foam is the easiest and DIY supported method. You can do this at home even without any professional help. All you’re gonna need is this step-by-step guideline to complete the whole process properly.

But before that, let’s introduce you to the tools and components you’re gonna need. Here’s a list of them-

Got all you need? Then let’s get started.

Unscrew all the nuts and screws that hold the shower pan to the ground. Use a large lever to raise the pan from the ground now.

Try removing the tailpiece with your hand first. If it doesn’t work, use a small lever to remove it.

Use a measuring scale to measure the pan size. Mark the area in the same measurement. This is to understand where you have to apply the foam.

If the measurement is incorrect the foam won’t reach all the places. This is why I try to take the correct measurement.

Take one full bottle of spray foam. Draw an outline over the marked area with the foam now. Start spraying foams in the base area afterward. Cover the whole area with spray foam and apply it evenly.

The applied foam should reach the base of the pan. If the gap between your shower pan and ground is bigger, apply thick coats. It should be at least 1-2 inches thicker for it to reach the pan’s base. The gap is usually a bit bigger than the gap between the bathtub and floor.

After you’re done spraying the whole area, place the pan in its place. This should be done quickly as you wouldn’t want the spray to dry out. But don’t place it incorrectly while in haste.

Check if the base touches the foam after placing the pan in its place. If it doesn’t reach the base, apply another coat of spraying foam over it. Lock the shower pan in its position afterward.

It’s important that your shower pan is leveled evenly. Otherwise, you’ll see water pooling in your shower pan. If any side is slightly raised, push it down to make it even. You can try using shims to level all the sides of the shower pan.

It’s time to secure the pan to its position. You can use the old screws if they’re rust-free and still in good shape. If not, use corrosion-resistant screws in place of them.

These screws are the best picks for your shower pan-

Screw all the edges of the pan directly to the studs.

Add some weight to the shower pan so that the foam sets properly. With the added pressure the foam will adjust its position without leaving any gap. But make sure not to put too much weight on the pan. Otherwise, the pan might get out of the level.

You’re almost done after setting the pan. Now, to give it a finishing, use grout in the gap line. Fill the gap between the floor and the shower pan with grout. This is similar to the grouting process between tile and baseboard.

And that’s how you apply spray foam under the shower pan.

Question: What happens if you use expanding spray foam instead of a minimal-expanding one?

Question: Can spray foam be used under bathtubs?

Answer: Yes, spray foam can be used under the bathtub. It’s to fill the gap between the ground and the base of the tub. But you must use non-expanding spray foam for this. Expanding foam can harm the shower base.

Answer: Small cracks can be repaired by sanding with sanding blocks. But for bigger cracks sanding is not enough. You may have to replace the shower pan in that case.

That was all about how to spray foam under shower pan. Hopefully, we were able to assist you to fix the problem. Be amazed by your new renovated work now.