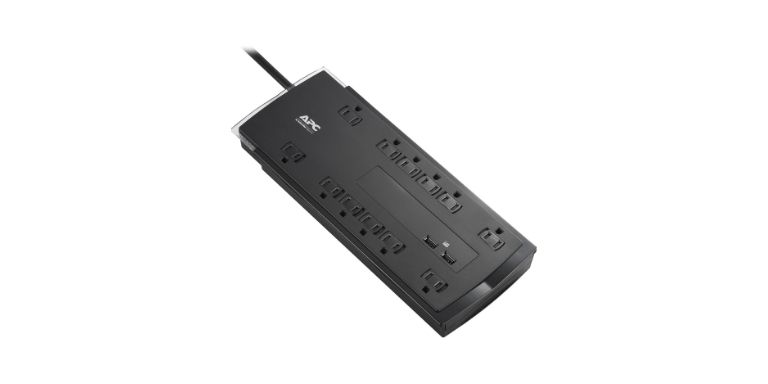 You installed a new surge protector for your house. But you’re not sure if it will protect your devices forever. That’s when you think about the reliability of your surge protector.

Unfortunately, yes they can get damaged. Surge protectors can fail if you plug in more than they can handle. As they will be unable to withstand any more power or surge. A persistent spike of power, on the other hand, gradually destroys the equipment. And renders it inoperable over time.

Still, confused? I’ve got a detailed article to clear out all your confusion regarding your surge protector. Let’s jump into the interesting part!

What Are Surge Protectors?

Surge protectors are small devices that commonly serve two purposes. One is to allow several electronics to be plugged into a single power outlet. The other and most crucial duty is to safeguard your electrical equipment.

A high-voltage power surge, for example, might damage your television or computer. A voltage increase over the suitable level is known as a power surge or spike.

Surge protectors come in two types. Ones that may be mounted on the wall or connected to a power strip. Look out for the details regarding these two types of surge protectors below-

Surge protectors with a power strip feature a cable. This allows you to put them near your equipment. Some of them feature mounting holes so you may hang them on the wall. They usually feature 6 to 12 electrical outlets.

Surge protectors that are mounted on the wall do not have a cable. They normally have two to six outlets. Mobile variants are small and contain a plug that folds into the housing of the gadget.

A surge protector is different from a standard power strip or multiplug adaptor. Power strips and converters give you more outlets, but they don’t protect you against surges. Surge protectors can be identified by the packaging’s joule and voltage protection ratings.

If you’re looking to buy one, take a look at my recommendations. These are the best surge protectors available in the market.

While surge protectors are often dependable and important, users should keep in mind that they are machines that can fail at any time.

The amount of protection they can give is limited. And they can’t plug everything into a single surge protector and expect it to operate every time the voltage surges.

Every time a spike happens, it loses some of its power to protect people’s electronics. The life of a surge protector is determined by how often it’s been used. And how much load it’s been able to withstand, not by how old it is.

The majority of surge protectors have a joule rating. This shows the level of safety that the device is supposed to provide.

How Do Power Surges Work?

Surge protectors defend electronics from the damage that is inflicted by power surges. It’s usually unexpected. It functions by pulling current from one outlet. Then pass it on to the devices connected to the surge protector.

A surge protector has a metal oxide varistor (MOV). That diverts any excess voltage to keep devices at a stable power level.

The MOV functions similarly to a pressure-sensitive valve. The MOV decreases resistance when it senses high voltage levels. When voltage levels are too low, resistance rises. It’ll immediately activate to divert any surplus electricity.

A MOV is made up of three parts, the first of which is a metal oxide. Two semiconductors connect this to your power and grounding wires. The semiconductors’ variable resistance drives the electrons to migrate in a way that changes the resistance when the voltage is too high or too low.

How Does a Power Surge Cause Damage?

The majority of wall outlets in American houses are 120-volt. This does not imply that you’ll have a continual supply of 120-volts going through your house. An alternating electrical current rises and falls in a predefined pattern from 0 volts to a peak value of 169 volts.

The majority of electronics in the United States are unable to withstand voltages greater than 169 volts. By spiking the flow of energy exceeding 169 volts, a power surge creates an arc of electrical current. Electronic components and circuit boards are damaged by the heat produced by this arc.

After a little power surge, you may not detect any harm to your electronics. Even the smallest change affects and gradually shortens the life of your electrical appliances and electronic equipment.

Unfortunately, no. Assuming that a surge protector can protect your electronics 100 % from surges is a mistake. Surge protectors can malfunction for a number of reasons.

For example, surge protectors are not built to survive indefinitely. Choose one with a light that indicates when the MOV is about to fail. Many people will continue to work despite the lack of surge protection.

Furthermore, no surge protector inside your home protects you from lightning. The good news is that power spikes are seldom caused by lightning.

What’s the bad news then? Surge protector strips won’t protect you if there’s a lightning strike nearby. Before your main electrical panel, you may install a whole-house surge suppressor. If you wish to be protected from large surges such as lightning.

How to identify if the surge protector has stopped working?

There are a variety of symptoms that a surge protector has degraded to the point that it can no longer handle power surges. As a result, it has lost its protective qualities.

It’s critical to understand how to determine whether your surge protector has reached this point. But determining when this occurs is frequently quite difficult.

How To Make Your Surge Protectors Last Longer

Surge protectors are a great safety measure. But they may be damaged if used wrong. Sometimes bad outlets can be an issue as well.   Follow these guidelines while utilizing a surge protector!

Buy A Larger Protector Than You Assume You Need

In many situations, a surge protector with insufficient outlets will fail to function.If you run out of outlets to plug in your devices, you won’t have the surge protection you need for all of your equipment.

You’ll also outgrow the surge protector you have if you add another device. Get one with more outlets than you require right now.

You’ll have adequate space for all of your electronic devices. As well as any new ones, without having to buy another surge protector anytime soon.

A surge protector can only safeguard items that are immediately hooked into it. If you stretch the outlets by plugging another surge protector into the first one, you risk overloading the device.

An overcharged protector may catch fire. Or fail to prevent a surge of power from destroying your equipment.

Use the Correct Plugs

Only two-pronged plugs should be used in two-pronged outlets! A gadget with a two-pronged plug can’t be supported by a three-pronged connector. You’ll either get a first or your appliance will be shorted out. Also, you can use surge protectors in a GFCI outlet.

Keep Track On The Joules

Keeping the joule rating on track is important. Otherwise, your surge protector won’t be able to absorb enough power from a surge. Without the correct joule rating, it cannot safeguard anything connected to it.

The joule rating determines if or not the surge protectors can do the task at hand! Don’t settle with surge protectors rated less than 600 joules. This ensures the greatest protection of your valuable equipment.

Question: What is the average lifespan of surge protectors?

Answer: Three to five years. It varies depending on how it has been used.

Question: How often should you replace a surge protector?

Answer: According to experts, surge protectors should be replaced every two years.

Question: What qualities do a reliable surge protector have?

Answer: A good surge protector should have a joule rating of 200 to 400 at the very least.

With that, I‘ve come to the end of my discussion. I hope I could clear out all your confusion on do surge protectors go bad. Contact a professional if you still have questions.

Till then, best of luck!