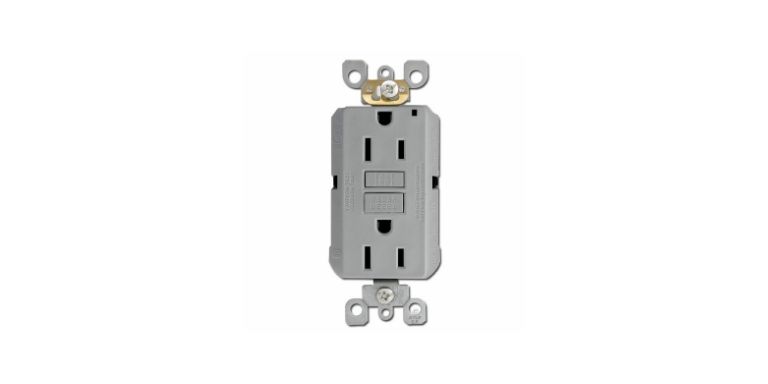 Want to swap out your GFCI outlets or light switches for new ones? It’s usual to have queries regarding this topic.

What are switched GFCI outlets?

Whenever you remodel a bathroom, it’s  a good idea to upgrade to the latest electrical codes.Switched GFCI outlet is just the thing you need for this typical scenario. It’s always better to work with a GFCI breaker than switches. Working with electrical systems can be risky but you must maintain precautions.

How The Outlets Works

Before we even start wiring, you probably want to know what a GFCI outlet is doing here. If you don’t wire up the line wires to the junction box correctly, you’ll be in big trouble. It may occur that you need to use a junction box to extend wires.

GFCI is a special type of outlet that senses minute differences in electricity. If it senses electricity going from one conductor to the other,it’ll instantly open a breakdown there. You can reset it when it’s done.

You’ll see that there’s yellow tape on the outlet. That exists to cover up the load of your GFCI. If there’s any additional outlets further down, that’s called the load.

Anything other than further down the line is called load. This is designed to prevent electrical shocks.

Before you go to the outlet, take a voltage test to be in a safe zone:

To install the outlet, you’ll definitely have to unscrew the switch:

One of the most important is to check if the box is grounded. When you connect GFCI outlets, you have to have a ground:

Step 4 of 4: Install The Outlet

Now, as you’re at the end of the installation, you need to work a little harder:

Difference Between Standard Outlet And GFCI

You can’t save yourself from electrical shocks with a standard outlet. But it can keep saving your house’s electricity by cutting power. When it’s aware of irregularities, like high energy or a short circuit, it cuts up the power.

The GFCI has a reset and test button. It’s also simple to spot between two circuit boards. The outlet turns off the system in a snippet when electricity is noticed not going in the right direction. It also works to stop the electricity from passing across water or a human.

The buttons on GFCI outlets are to check the outlet’s features. Though these outlets are usually reliable, they do have the possibility of failure and replacement.

Push the test button that’s in between the two plug points. It should give a snapping sound, showing that the outlet’s power to the plug is cut.

How To Take Care Of The Outlets?

In regions that may become moist or wet, GFCI outlets are required. Places like the kitchen where the countertop, dishwasher needs these outlets the most.

Regular outlets are built in areas of the home where water and moisture are unlikely to be a problem. It can be bedrooms, offices, and living rooms. You can also connect multiple outlets to GFCI outlets.

A GFCI outlet needs minimum care after being installed. Make sure you test it every 30 days to ensure its functioning properly. But there are some additional things you need to look after.

Tip 1: In a GFCi, something basic such as static electricity or sudden lightning can cause ghost rips. If you face this issue, press on the reset button. It’ll restore the power.

Tip 2: If a GFCI off itself often, like daily or in 7 days, the outlet might malfunction or need to be replaced.

This is what we have to give you a clear thought about this.

Question:  How do you troubleshoot a GFCI outlet?

Answer: The only accurate way to troubleshoot a GFCI, is to do a circuit tester which has its own GFCI test button. Attach the tester to the energy source and press down the test button.

Question: Can I install a GFCI outlet myself?

Question: Do I need a weather-resistant GFCI?

Answer: In contrast to a weatherproof cover, a weather resistant outlet should be installed in moist and damp areas.It will entirely secure your home from any form of weather.

We hope you now have a clear mind regarding the switched GFCI outlet.  But before working on it, check your local building code to ensure compliance to all sections of code.

Be aware of danger while operating on this project.

Till next time, stay safe!