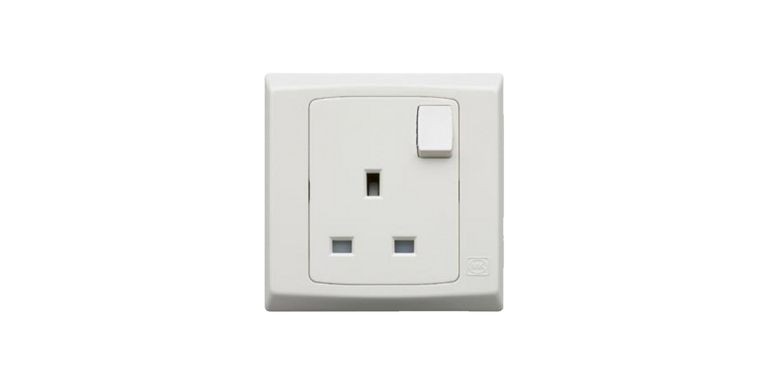 The new house of yours has an excess amount of switched outlets than you actually need. You’re looking for a way to rewire the outlets to be hot all the time.

How to make a switched outlet hot all the time?

Disconnect the wall switch by cutting off the power. Use wire nuts to join the two sets of wires separately from the switch. Connect the hot wires to the hot side of the receptacles. Do the same with the neutral wires. Reconnect the switch to power and the switched outlet is now unswitched.

Confused? Don’t worry, we’ve got you covered! We have set up a detailed guide on rewiring your switched outlet to always be hot.

First, let’s understand the difference between a switched and an unswitched outlet.

An outlet that lets the user control the electrical flow with switches is a switched outlet. More clearly, the user can turn the power of the outlet on or off at will. Now, what if you need to power an appliance that requires a constant power supply?

A wall switch is usually used to control the power supply to the switched outlet. This system is implemented to control the lights and fans in a room. Let’s have a better understanding using an example-

Whenever you’re leaving the room, you can turn the switch off to turn off the lights. You can also turn the lights on just by flicking the wall switch. Nevertheless, there are some slight complications you might face.

If your wall switch powers an outlet connected to your computer, things can go horribly wrong. Unfortunately, this is a common problem.

Wall switches are used to turn on lamps that are plugged into the switch outlet. Your computer, TV, or other devices might be connected to the same outlet. So every time anyone enters the room and flicks the wall switch, your device turns off.

To fix this issue, we need to rework the receptacle to an unswitched outlet. Rewiring them in order to ensure stable power for your devices.

To begin, we’ll first switch off the circuit breaker. This will cut the electrical flow in the wires. To make sure that all the wires are dead, we’ll use a voltmeter. You can also use light bulbs for this operation.

An electrical outlet mainly has two types of wire powering it. Black and white. The black wire is the ‘hot’ wire while the white is the neutral one.

There is also a red wire in the present among all the other wires. This red wire is actually the switch wire. It operates with the turning on and off of the switch.

After ensuring that the wires have no electricity passing through them, we’ll cap the red wire. Push the capped red wire way behind the box. We won’t have to deal with that anymore.

We’ll tape the ends of all the wires separately after disconnecting the switch.

In case the receptacle is a GFCI split receptacle, we’ll have to change it. You can also connect all the black wires using a wire nut or pigtail. Follow the same procedure to connect the white wires using a separate wire nut.

Wire nuts are useful for establishing tight connections between a number of wires. Take a look at some handy wire nuts that we recommend-

We’re done with converting the switched outlet to unswitched. Now it’s time to replace the wall switch from the switchboard.

Pulling out the switch that powered the outlet, we’ll snip the connected wires. We’ll cap both the hot and neutral wire using small wire nuts. After that, we’ll tuck the wires off in the back.

It’s time to cover up the switchboard. One way to do so is by using switch covers. These are covers designed to look like an actual switch. They come in the perfect sizes of an actual switch and are easy to fit.

You can also choose to put the old switch back in place as a dummy switch.

Reasons To Use Half-Hot Electrical Outlets

Having a constantly hot electrical outlet has its own sets of advantages. Many new homeowners don’t like to have more than one switched outlet in their homes. An abundance of switched outlets actually creates more inconveniences.

On the other hand, an unswitched outlet lets you charge your phone, or use your computer. Unswitched outlets remove the need for manually switching an outlet on and off.

Completely avoiding switched outlets can also be a problem. You need to turn the lights and fans of your room on and off regularly. Controlling the power supply to them requires the use of switches.

Installing half hot outlets in every room in the house can take out the limitations. Half-hot outlets give you one-half of the outlet as switched and the other half as unswitched. Doing this eradicates the problem of having only switched outlets.

Question: How can I unwire an outlet?

Answer: Unscrew the outlet if it’s connected with screws. Modern outlets usually come with wires plugged in the back of the outlets. Use a screw to press into the hole of the outlet to pull out the wire. You can take a wire cutter to snip out the wires.

Question: What is a split switched receptacle?

Answer: The job of the neutral wire is to carry the circuit back to its power source. Neutral wires complete the flow of electricity. Unlike live wires, neutral wires carry currents when the loads are not balanced.

We’ve completed our guide on how to make a switched outlet hot all the time. Unless you’re an expert, we suggest you ask for professional help to convert your outlets. Make sure to cut off the power supply before starting the operation.

With that said, we hope this article proved helpful to you. Have a great day!