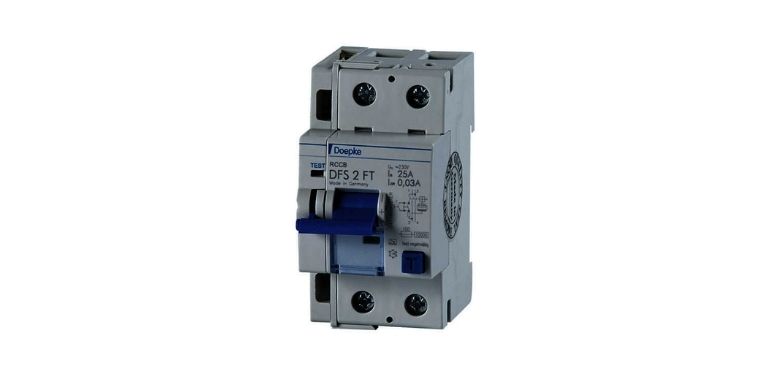 The power in a particular section of your house keeps going out. And every time you inspect the situation, it’s a tripped circuit breaker. I know this gets tedious.

How to find what is tripping my circuit breaker?

Your circuit was either tripped by an overload or a short. Testing for either of these is a lengthy but easy process. First, switch off and disconnect all appliances on the tripped circuit. Next, turn on every switch one by one till the breaker trips. Then connect the appliances and turn them on. Whichever causes the trip is the culprit.

That covers the gist of it. But keep reading because there’s a lot more to the process.

How to Find What’s Tripping My Circuit Breaker?

There are two ways you can go about finding the cause of the circuit breaker trip. The first will take more time but won’t require the use of any tools. For the second method, you’ll need to get comfortable with a few tools.

You’ll need to be patient for this one.

When your circuit breaker trips, switch off everything on that circuit. And disconnect any appliances plugged in too. Once every power output path has been closed, flip the circuit breaker.

Now, start turning on the switches one by one. If a switch causes the circuit breaker to trip, then that’s the rogue one. You should now take it from the top one more time. But this time just switch the rogue one on.

An instant trip would mean that the switch is causing the circuit to short. Otherwise, the problem is an overload.

While connecting the appliances see if any of the outlets require extra force. If an outlet is hard to plug in there might be something wrong with it.

In case there’s no trip after connecting everything, a temporary surge was the problem. This might have happened if you have too many things on one circuit. Putting too many outlets on your bedroom circuit can be a reason.

As the name suggests, you’ll be using a tool to perform the inspection. You can do it with a digital multimeter.

If you’ve never used a multimeter you can purchase one of these.

Touch the prongs of the multimeter to the circuit breaker, and check the reading. In the current mode, if you see an unusually high reading, the circuit is shorted. Now, repeat the process at each terminal to locate the short.

You can use the multimeter to check for a short circuit. If there’s no short circuit then the problem is an overload. In that case, you’ll have to switch out the breaker. But be a bit cautious while choosing a circuit breaker.

Or, you can try running fewer appliances on that circuit.

How to Check If the Circuit Breaker Is Functional?

How to Change a Circuit Breaker?

Next purchase the circuit breaker of your choice from a hardware store. With that out of the way, you can now get to change the breaker.

Step 1: Taking Off the Panel

The first step is taking the panel off. But before you do that, you should mark the breaker to be replaced. And turn off the main breaker. Once that’s done, it’s safe to take off the panel.

Use a flathead screwdriver to loosen the screw holding the wire. Next push the breaker outwards. The inside edge of the breaker should pop up. Then you can pull it out.

Step 3: Putting the Replacement in

Now that the bad one is out, it’s time to stick the new one in.

You can’t put the breaker in straight. If you try sticking it in straight it won’t go in. Instead what you need to do is go in at an angle. Angle the breaker with the inside edge pointed up.

Once the outside edge is in, you will feel a hook being engaged. This will keep the breaker in place. Now press the inside edge in.

Step 4: Screwing the Wire in

This is the final step. Loosen the screw with a flathead screwdriver. Next, stick the wire in by sliding it along the groove. Hold the wire in place while tightening the screw.

Now, turn on the main breaker, and the replaced breaker. Then turn on switches on that circuit to check if it is working.

What to Do If There’s No Detectable Problem?

You’ve changed the breaker, used fewer appliances, fixed short circuits. The breaker still keeps tripping. Though the situation is unlikely, it can happen. What to do then?

Unfortunately, if that is the case then you’ll have to hire a professional. There could be a more serious problem. And leaving that unchecked could prove dangerous in the future.

That covers everything you need to know about checking and replacing circuit breakers.

Question: How to know how many appliances are too many?

Answer: There’s not an exact number. It depends on the current drawn by the appliance on the circuit.

Question: How to tell if too much current is going to be drawn?

Answer: Check the rating on the circuit breaker. That will tell you what current will trip the breaker. Now, add the current drawn by the appliances. If it is greater than the rated current you need to use fewer appliances.

Question: Can a voltage drop cause a circuit breaker trip?

Answer: No. A circuit breaker is tripped when the rated voltage or current is exceeded. A voltage drop will, therefore, not cause a trip.

Hopefully, you’re not wondering how to find what is tripping my circuit breaker.

We understand that having to constantly flip a circuit breaker is a nuisance. And working with electrical equipment can be very risky. So make sure to take safety measures. With the proper safety measures, the entire process will be a breeze.