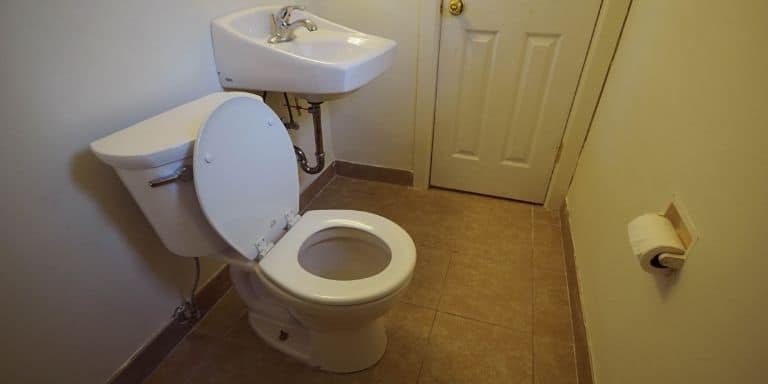 Clogged toilets are a common problem for everyone. Sometimes our phones, toys, or other things fall in the toilet and create clogs. But the good news is, it’s easy to fix a clogged toilet.

How to unclog the toilet when nothing works?

There are few ways to unclog your toilet when nothing else has worked. You can use a plunger or a toilet auger to solve the problem. Using dish soap and warm water also does the job. If there are any other obstacles like waste, you have to use wet vacuums to remove them.

How To Unclog A Toilet When Nothing Works?

Unclogging toilets is not a very easy task to do. Any wrong step might result in leaking between the toilet tank bowl. So you must be sure of the reason behind the clogging. Then you will get a clear and detailed idea of how to fix it. Don’t worry, we will provide you with all the helpful processes which you can apply yourself.

After that, push the plunger several times with pressure. This removes the blockage of the pipe and water passes through. If this one doesn’t work for you, try the next method.

Add warm water and dish soap to the toilet. Wait around for 15 minutes. If the blockage has not cleared out, it’s time to use the plunger again. It becomes easier to unclog with the plunger as the wastes become softer.

Using warm water and dish soaps is a useful trick to unclog the toilet. It has a 60/40 chance to remove the blockage. But it’s a good idea to try because it will save you money.

Use your auger to clear the blockage. Adjust the auger by turning it anti-clockwise. Set the auger at the bottom of the toilet and spin it clockwise.

It has a spiral retrieval hook to grab objects like phones or toys. Then spin it again anti-clockwise, it will make sure the water passes through the toilet.

Toilet auger works for every possible blockage in the toilet. It’s the best solution if mobile phones, toys, razors, etc get stuck. It also removes waste and toilet paper. The reason is, it makes direct contact with the blockage.

The round object should be dislodged by this. If not, contact a professional plumber to do the job. Or else, you will end up having to remove the toilet to clear the blockage.

So, these are the possible solutions. Now let’s see how we prevent clogging.

How To Prevent Clogging A Toilet?

There are many reasons why you have to unclog a toilet. If you know the reasons behind it, it gets easier to prevent. The 3 most common reasons are stuck objects, hard water, worn pipes. Too much toilet paper in the toilet also causes clogs. Let’s see the details of the causes-

Keep Small Objects Away From Toilet

Hard water contains minerals and bacterias in high amounts. That means when you flush water in the toilet, bacteria, and minerals gather in the pipes. It gets into a shape and then the clog happens. Water cannot pass through the pipes under the toilet.

Avoid Using Too Much Toilet Paper

Most people flush the paper away as it dissolves with the water. But, too much toilet paper builds up as resistance. That’s when the toilet gets clogged. This is the main reason public toilets get clogged.

To avoid this problem, you have to flush the waste first and then flush the toilet paper.

When it happens, the toilets can’t keep up with the proper abilities. So that’s why water doesn’t pass through the toilet. It can also damage the fill valve or the flapper valve. So, you have to fix the valves too.

You have to set a durable pipe to prevent this problem. So, if you’re looking for durable pipes, we have some suggestions for you:

Now you have your pipe, set it to prevent clogging!

Question: How much does it cost to buy a toilet auger?

Question: Can I use a cup plunger to unclog the toilet?

Question: Can I use a snake auger to unclog the toilet?

Answer: Yes, you can use a snake auger to unclog the toilet. It can clear any toilet clog by pulling the waste out. But the problem with the snake auger is, it puts some scratches in the toilet.

That’s a wrap! Now you know how to unclog toilet when nothing works. You can follow the 5 simple solutions to fix your problem.

Your only task is to make sure the drainpipe is intact. Because, if the drainpipe gets broken, you’ll have to call in a professional plumber. We hope we have helped you with this article.

Till then, good luck with your unclogging!