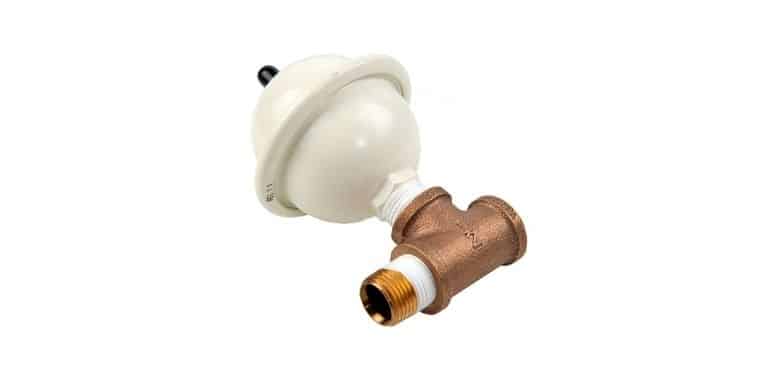 Have you ever heard sounds coming from the water lines in your house? While they might seem harmless, they are an indication of something much more serious.

The sound coming from your water pipes is known as a water hammer. It’s generally caused in water systems with valves for pressure control.

Is there a water hammer fix?

This is only a gist of the solutions. If you want to know more, spare a minute and read along. That said, let’s discuss in detail how to solve your water hammer problem!

Why Does Water Hammer Occur?

Knowing why the water hammer problem occurs is crucial in finding a solution for it. This is a common problem in most systems with valves. There are two possible causes for water hammer, these include-

Shockwaves inside the Pump

If your main water shut-off valve continues turning, this might be the cause of your problem. If your valve suddenly closes, the water suddenly slams into it. And due to the abrupt shutdown, the flow reverses back to the pump.

As the water had to change direction abruptly, a lot of pressure was created inside the pump. Due to the incompressible nature of the pump, a shockwave is created in the system. The shockwave then propagates around the system at the speed of sound.

Once the shockwave reaches any bend or elbow in the system, it collides. Thus, making the sound in the process. Also, if your pump shuts off abruptly, shockwaves can be created. So, keep that in mind as well.

Condensations in The Pipe

Water hammer is also common in heating lines. Especially if you have a heating fuel-based system. This happens due to water remaining stuck in the system.

When you turn off the steam lines after use, an amount of steam remains stuck in the pipes. The steam eventually condenses and turns into water. When the system is turned on again, the high-pressure steam moves the water down further.

When the steam comes in contact with water, a vacuum is created. The vacuum then causes the water to move at a high velocity. The water eventually hits the valve creating a rattling noise.

This is very risky because the velocity of the water can damage the valve terribly. If the pressure becomes too much, the valve might end up breaking. Requiring a replacement of the main valve.

The air pockets are another common cause of water hammers in your system. Although not as serious as the other ones, you’d notice them pretty often. Quite often, the air gets trapped inside the pipes and gets compressed.

Then, whenever you turn on a faucet, the gushing sound comes out. Although this isn’t as serious, this can be annoying.

How to Fix Water Hammer Problems

Fixing a water hammer is crucial to the longevity of your system. There are a number of ways you can fix the water hammer problem. Those are-

Half Closing the Valves

This is mostly damage control, this can be crucial for your pipes. If you aren’t sure what’s causing the water hammer, this is the first thing you should do. Turn the intake valves of your house until halfway. Especially if the valves are near intensive appliances such as dishwashers and washing machines.

While this is temporary, this can protect your pipes and appliances in the long run. However, this isn’t a permanent solution. Get a professional to help you out as soon as possible!

Deal With the Air Pockets

If your water hammer is caused by air hammers, you have to deal with them firsthand. However, this is very simple to fix.

Find your meter and turn on the tap nearest to it. Now, keep turning them on. In this way, turn on all the taps in your house.

Once all the taps are turned on, let them stay for a while. This will take out any air pocket in the system and clear out everything. Afterward, turn off all the taps in reverse order.

An air chamber is a 12-inch capped pipe that works as an extension to the supply pipes. Whenever your system turns off abruptly, shockwaves are created in the system. The water gets into the chambers while the air helps neutralize the shock.

Air chambers are a cheap and easy way to deal with water hammers. Plus, installing air chambers is not too difficult. However, the chambers often get filled with water. So, they need to be drained once in a while.

High pressure in the pipes is a common cause behind water hammering. The normal pressure within pipes should be 40 to 60 psi. If the pressure gets too high, it creates the risk of a water hammer.

Having a pressure regulator is a great way to keep it in check. Install the regulator close to where the main water supply enters your home. Not only does it prevent water hammers, but this also prevents your appliances from trouble.

If you’re wondering which pressure regulator to go for, check our suggestions-

These are some of the best regulators out there. Check them out for more!

The water pressure regulator needs to be checked as well. Take professional help in case something goes wrong.

With that, we’ve discussed the causes of water hammers and how to fix them.

Question: Can design flaws in my pipes cause water hammers?

Answer: If your pipes have too many bends and elbows, it creates more room for pressure to build. So, try to keep the pipes as straight as possible.

Question: Can a water hammer fix itself?

Answer: If your water hammer is caused by something minor like air pockets, they can get fixed normally. However, in case of other problems, leaving it on will only make things worse.

Question: Can a dripping tap cause a water hammer?

Answer: A dripping tap can create air pockets in the system. Which could lead to minor water hammer noises.

The constant growling in your pipes can be annoying. But, it can lead to a plethora of other problems that can make you suffer. So, you have to find a water hammer fix as soon as possible.

In this article, we’ve discussed all the technical aspects of water hammers and how to fix them.

We hope you find this article helpful!