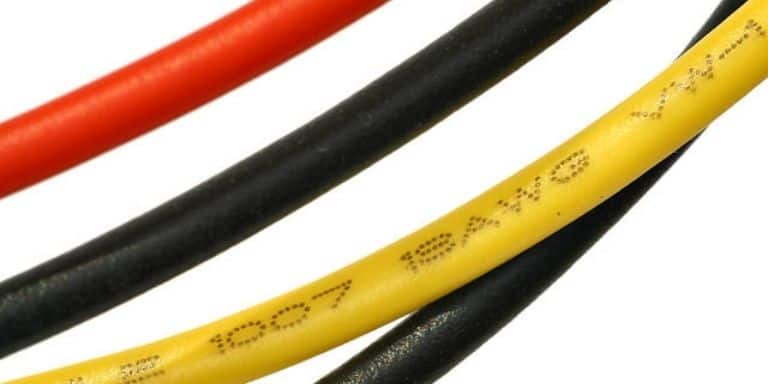 Knowing the wires before working on a circuit is a must. We totally understand that. That’s why you’ve to make sure you’re working with the right wire.

Is the common wire hot or neutral?

Neutral wires are always known as common wires. They also have only one color casing, unlike hot wires. In the USA, white is used for neutral wires. So, if you’re in the US, you’ll notice white wires being present in every circuit. But in Europe and other parts of the globe, blue is the neutral aka common wire.

Anyways, there’s a lot more to discuss and elaborate on. Please keep reading if you want to know more about common wires and color-coding.

Are Common Wires Hot Or Neutral?

If you’re new to the circuits, you’ll see 3 different wires most often. They are hot, neutral, and ground wires.

Among all these wires, neutral wires are often known as common wires. One such reason is that Americans find white wires in every circuit.

So, they call it the common wire to distinguish neutral wires from hot ones.

While hot wires initiate the beginning, neutral wires complete the circuits. These wires carry electricity to the ground and complete a circuit. They are mostly found tied together.

Also, if you’re seeing white and black wires tied together, that’s a different type of circuit. It’s called a system loop. To handle this situation, further precautions are necessary.

Knowing whether the common wire is hot or neutral isn’t enough. That’s why we’ve tried our best to provide every possible wiring code.

The United States doesn’t follow the global IEC chart system. Therefore, they have their own chart which should be remembered by people at all times.

To prevent wasting your time, we’ve given a small and easy table for you:

These are the wiring codes that are strictly followed by the United States National Electrical Code. They recommend white or grey casing for the neutral/common conductors.

Looking at the chart, you can see there are multiple different colors for hot wires. The alternative colors are for the 3 phase wires who have a higher VAC rating.

Hence, there are differences between single-phase and three-phase powers. So, they are given a different casing color in the United States. This way you can identify which is neutral/common and which is hot.

Identify The Common Wire (For Europe)

Unlike the United States, the Europeans follow the International Electrical Code. Its wiring codes are slightly different from the US system.

The IEC chart is followed by almost all countries except for the UK. But recently the UK also has started to follow the IEC chart.

Let’s have a look at the chart:

In the IEC system, blue represents the neutral wire. Plain or green-yellow wires are also used to identify the ground wires.

Test the Wires Before Working With Them

Even though wires have color codes, you can’t be absolutely sure. Sometimes, wires can have wrong codes, and touching them may prove fatal.

There’s a chance that someone may have altered or put in the same wires. Hot and neutral/common wires can also sometimes be of the same color!

To test a wire, first shut off any electric sources to the outlet. Then cap all the wires except the one you’re testing. Once done, turn the power back on.

Get a multimeter now and set the voltage to the max in the DC range. Connect the black probe with any metallic objects or ground wire.

After that, get the red probe and touch the wire you’re testing. If you get a reading then it’s a hot wire. Otherwise, it’s a neutral wire.

If you want to test the outlet instead, you have to test it in the AC range. If you don’t  get a reading while testing, your outlet is probably damaged.

You should then check the other outlets because a bad outlet may affect others.

Question: How can you tell which wire is hot without a tester?
Answer: If you don’t have access to a multimeter, you can try connecting both wires. Hot wires carry electricity so they will create a spark or light up when touched. Thus, check which wire is making a spark/light.

Question: Is a hot wire positive or negative?
Answer: Hot wires are always positive and in black color. It’s also the source of electricity so don’t touch anything that is connected to it.

And that’s it. That was everything we could explain on the common wire, hot or neutral. Hopefully, your confusion is cleared.

Now, make sure to ask for help if you’re going to work with wires. Maintain safety precautions while doing the job. But most times it’s best to let the expert handle the job related to wires!