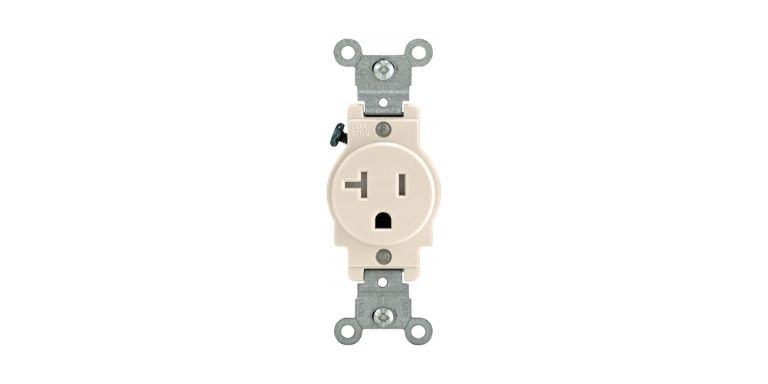 A tamper-resistant outlet is probably the best solution for preventing any kind of tampering with outlets. Nevertheless, a tamper-resistant article can get quite frustrating to use if it resists plugging in.

What to do if a tamper resistant outlet can’t plug in?

Straighten bent plug prongs with a plier and align the two prongs of the plug. The spring-loaded shutter might get stuck in the receptacle. Try pushing a plug inside the outlet by wiggling it. It’s best to opt for quality brands while buying tamper-resistant receptacles.

As you can see, the solution is pretty simple. But a little bit of detailed knowledge can help you more! Try this guide on fixing plugging issues of tamper-resistant outlets.

What Is A Tamper Resistant Outlet?

Unlike conventional outlets which are prone to tampering, tamper-resistant outlets are designed to prevent external tampering. It’s engineered to stop foreign materials from interfering with the outlet. An internal built-in shutter helps in this process.

More and more houses are adopting the use of tamper-resistant outlets. Not only does it keep you safe from short circuits, but it also keeps your devices safe.

You can recognize a tamper-resistant outlet simply by the ‘’TR’’ engraved in between the slots.

How Does A Tamper Resistant Outlet Work?

Honestly speaking, there is not much to distinguish a tamper-resistant outlet from regular outlets. However, it does have an edge over the other outlets when it comes to safety aspects.

A tamper-resistant receptacle has an internal safety-mechanism device. This device includes spring-loaded shutters that normally remain closed inside the slots.

How does it work?

Unlike other outlets, tamper-resistant outlets require you to access both slots at the same time. Only then will the shutters open, granting your device power connection from the outlet.

To explain more clearly, shutters will prevent access to any foreign materials, unless it’s a plug. The shutters will only respond positively only if equal pressure is asserted on them. Once the plugs make it inside through the shutters, you might feel a ‘click’ inside.

A tamper-resistant outlet is mechanical in nature. So you’ll need to apply extra pressure while inserting a plug inside. New outlets might require some time before the shutters become less rigid.

If any children attempt to insert anything in the outlet, it simply won’t work. The outlet will effectively restrict the entry of the item, preventing any electrical accident. This key feature makes the tamper-resistant outlet child-proof.

Every responsible adult with children should implement these outlets in their home and workplace. Given such an advantage, it’s a no-brainer to upgrade your electrical outlets to tamper-resistant outlets.

The added layers of protection it provides make this mandatory for every house.

What To Do If Tamper-Resistant Outlets Don’t Plug in?

Before diving headfirst into troubleshooting the receptacle, one should check all the necessary safety precautions.

Cut the power from the circuit board just to be on the safe side. Once that’s done, it’s time to assess the problem and find appropriate troubleshooting options.

There’s an abundance of cheap receptacles that offer tamper-resistance features. These outlets are made out of cheap, low-grade components and are usually subpar.

Due to having low-quality components, cheap receptacles often have highly rigid shutters. Rigid shutters take extra effort to get through and plug in. So it’s only natural to find such outlets hard to plug in.

Cheap receptacles come with low-quality shutters and weak springs that can get jammed easily. Furthermore, the shutters of the cheap receptacles can’t take the load of regular usage. So they eventually wear down within a few months.

High-quality receptacles also come with flexible shutters to accommodate smooth plug-ins. They are more durable and provide much more resistance.

Have a hard time deciding which tamper-resistant outlet to buy? Don’t stress! We’ve done the hard work of picking the best outlets in the market for you. Check the tamper-resistant receptacles that we recommend-

These receptacles are durable enough to endure everyday use and have a long lifespan. Make sure to look for the ‘’TR’’ before making a purchase.

Find it hard to plug something in inside the new outlet?

Oftentimes, the culprit for the plugging issue isn’t the receptacle, but the plug itself.

Locate the bent prong of the plug. Use a plier to gently bend the prong back to its original state. Be careful not to exert too much pressure, as doing so can break the prong.

Once both the prongs are perfectly aligned, you can easily insert them into the outlet. Don’t put too much pressure on the plug while plugging in.

If you’ve got a permanently broken plug, it’s best to not waste any effort after it. Replace the broken plug with a new plug.

Regular usage can wire down the spring-loaded shutter. Rough usage can make the shutter get stuck behind the cover. Also, if the receptacle is too old, the internal springs can get rusty and get jammed.

Such issues can block the passageway for your plugs to enter.

If the problem is in the shutters, you can use a plug to open up the shutter entrance. Try placing the plug slightly in the slot and gently wiggle it while gently pushing inside. The plug will eventually manage to wiggle its way through the shutter resistance.

Another way you can open up the shutters is by using two similar-sized flat screwdrivers. Insert the screwdrivers in both slots and apply equal pressure at the same time.

In case the spring of the receptacle gets jammed, it’s best to replace the outlet.

These 3 solutions can help you ease up your tamper-resistant receptacles. If you’re still having trouble plugging in your devices, take professional help.

Even if tamper-resistant outlets are child-safe receptacles, one shouldn’t be careless with children around the receptacles.

Don’t try to force a plug inside if it doesn’t plug-in. Instead of wrestling with the outlet, try wiggling the plug inside the outlet using normal force.

Answer: Yes, according to NEC 2008, every new construction and house needs to have tamper-resistant GFCI installed. Due to providing the utmost protection from electrical shock, tamper-resistant outlets have been standardized. The code requires every GFCI around the US to adopt the feature.

Answer: According to National Electrical Code, all receptacles of 15-20 ampere need to be tamper-resistant. The code has been established to avoid electrical accidents all over the US. It’s specially designed to keep the children in the household safe. Commercial buildings don’t require tamper-resistant outlets.

Question: When did the GFCI outlet become mandatory?

Answer: Implementation of GFCI outlets in houses has been made mandatory since 1971. Before this, GFCI were preferably used as exterior receptacles in houses. But that changed over the years due to its growing popularity and extra safety features.

We have learned what to do if a tamper resistant outlet can’t plug in. With your newly found knowledge of the solution, you can now fix the plugging issue of the outlets.

That said, we’ve reached the end of our guide.