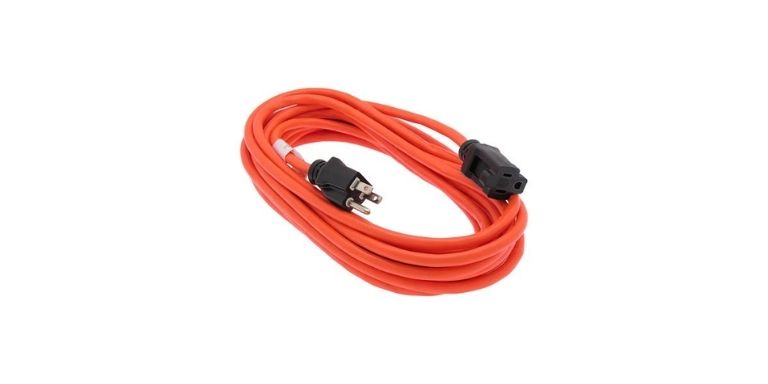 Extension cables are widely used these days, despite the fact that they are not always the safest alternative. To protect themselves from shocks and disruptions, people rely on the fuses that come with extension cables.

Do extension cords have fuses?

Unless the extension cable is bought or obtained illegally it should have a fuse. Also, most of the basic power strips have a fuse in them. Extension cords having fuses may vary upon the region it’s bought from. Moreover, using proper fuses for your extension cords is also important.

So, without any further delay, let’s dive in!

Function of a Fuse In An Extension Cord

A fuse is a small part that gives safety against excess electric flow or overcurrent. As a result, it can prevent damage to your equipment as well as you.

Excess electricity can be very dangerous, it can even start a fire. A fuse can prevent the start of a fire or even potential electrical shock.

So how do a fuse work and offer safety in using an extension cord?

A fuse is a thin wire surrounded by glass while having connectors in both ends. The fuse carries out electricity through that wire to the main wire of the extension cord.

Basically, the current has to pass through that thin wire of the fuse first. Then it will reach the main wire. We can think of the fuse as a connecting bridge. The bridge connects the electric point to the cable you are attaching it to.

Now, different fuses have a different threshold for blowing out. Whenever the threshold is crossed it will blow out and stop the connection.

So this is how whenever there is an excess current the fuse will stop the connection. Thus, preventing any further damage or possible danger to the user or the equipment.

A fuse in the extension cable works the same way providing safety for the user.

There are many reasons why your extension cable fuse might blow out. Some of the most common reasons are:-

This is the most common reason why the fuse might blow out. The fuse is designed to stop an excessive amount of current for safety purposes.

If you continue putting in appliances that use more power than the fuse can handle, the fuse will explode.

This might happen if you have too many or too powerful gadgets connected.

The fuse in an extension cord may continuously break in some circumstances. Like, if the user purchased the incorrect fuse.

This can be seen in situations when the original fuse has blown. Later, the customer was required to purchase a replacement.

Also, this can be quite dangerous too for the user and his equipment.

Safe Fuses to Use in An Extension Cord

The use of a fuse solely depends on the usage of that equipment. The determining factor is the amount of load you want to put on the cord.

But you have to make sure the load is under the safety level.

The fuse has to be compatible with your usage of the extension cable. For instance, if you put a high load then a small fuse will blow out.

Even if it’s under the safety level the fuse will blow out.

On the contrary, a bigger fuse will let more power pass through without blowing out. Which might be dangerous if the current gets higher than the safety level.

It also depends on the appliances you are using. So choose very carefully what fuse you should use according to your usage.

If you are wondering what fuses to use, here are some recommended ones:-

We’re all familiar with the basics of using an extension cable. They can come in real handy especially when you don’t have enough electrical outlets.

Things like plugging in Christmas lights without an outlet can be done in a minute.

But do you understand the importance of extension cord safety?

Using an extension cable without following proper safety steps might cause an accidental disaster.

If you want to use extension cords to supplement your outdoor lights or simply to extend an outlet, keep extension cable safety in mind.

Keep the Fuse of Extension Cord In Check

It’s clear how important fuses are to have proper safety while using an extension cord. To prevent any kind of accident you should keep the fuses in check.

Look out for faulty or broken fuses which might lead to great danger. If you find any abnormality in the fuse then terminate all connections.

If you are unsure about your current fuse then you might consider replacing it.

Replacing your fuse after a long time is a good way to prevent accidents. This reduces the chance of your fuse not working properly.

Avoid the Use of Damaged Extension Cords

Check the condition of an extension cable before using it. Extension cables can sustain significant damage during their lifespan.

Electrical flow in an extension cable can become inconsistent due to many reasons. Exposed cords, damaged wires, or ruptured plugs are some of them.

For instance, the extension cord making cracking noises maybe because it’s damaged. So pay proper attention to addressing any existing problem in your extension cord for safety.

This can result in a short circuit, triggering the circuit breaker and perhaps causing shock.

You shouldn’t put yourself in danger by using a faulty extension cable. Before using any cables, inspect their condition and discard any that have visible damage.

Use in Suitable Conditions

You should also consider if it is suitable for indoor or outdoor use. Several letter symbols may be seen on the cord.

Each letter represents a feature of the extension cable. For example, its ability to withstand external weather conditions.

The following are some of the most frequent letters seen on extension cords, as well as their meanings.

S – Suitable for General Use

W – Suitable for Outdoor Use

T – Cord is made of thermoplastic vinyl.

O – Cord is resistant to oil.

Extension cords should never be used in sequence. Combining extension cords can result in excessive voltage. Because electrical resistance decreases as the number of cables increases.

This might cause an electrical overload, breaking your circuit breaker.

Keep in mind that extension cables are only a temporary solution. They are not capable of serving as a long-term alternative for an electrical outlet.

If you find yourself using extension cables frequently, you may need extra outlets in your house.

Also, if you have any issue regarding your electrical outlet, do give it a check. Like, if your electric outlet is hard to plug in. This can mean that something may be stuck inside.

Question: Can I fix a blown fuse?

Answer: No, a blown fuse cannot be fixed. The only solution to this is to replace the blown fuse with a new one. But make sure to replace it with the right one.

Question: Will my extension cord work with a blown fuse?

Answer: No. The moment the fuse breaks, your extension cord will stop working. Because it’ll no longer have the connection, it’ll not function.

Question: How to replace a blown fuse?

Answer: Replacing a blown fuse is very easy. First, locate the fuse slot then gently pull one side out. You can also use any tool with a thin ending to pull the fuse out. Then gently press the new fuse into the slot.

This is all we have to offer about extension cord and their fuses. Hopefully, we’re able to answer your question “do extension cords have fuses?”.

In case you’re still facing problems do contact a professional. Remember your safety is the first priority, so be careful before doing anything.

We’ll see you at the next one!