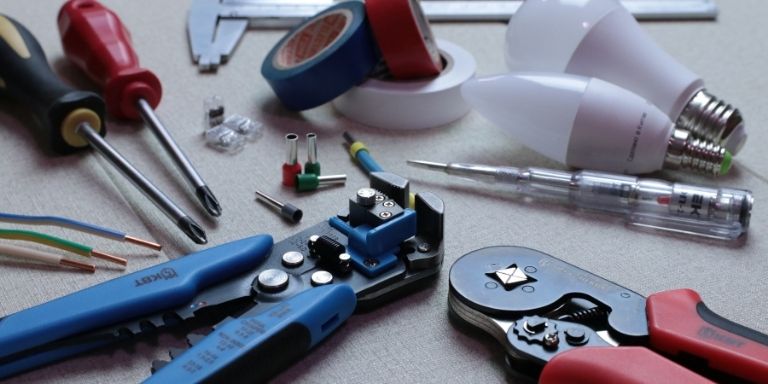 You’re going to install a light switch or an outlet. And you’re undoubtedly surrounded by a confusing assortment of different colored wires. Colors such as black, red, white, and others are mixed together.

Nonetheless, each one has a distinct role. Knowing what each wire does is essential. But understanding that can be quite tough!

What are the household wiring color codes?

There are multiple wiring color codes that you can come across. Each one has different functions. First of all, black and red hot wires are quite common. White wires and bare copper wires are also common. You may also see green, gray, yellow and blue wires. You must know which one to use for what purpose!

Now this might have gone over your head. You’ll find a detailed guide in this article. So read along if you want the details.

Get started now if this seems helpful to you!

What Are The Different Household Wiring Color Codes?

There are two primary sections to nonmetallic 120-volt and 240-volt electrical cables.

The exterior plastic sheathing and the interior, color-coded wires are what they’re made of. The wrapping connects the inner wires.

The number of wires and wire size within the sheathing are indicated by the outside marks.

Now, you would have a more detailed look to understand their color properties. You must have vivid ideas about what differences and specialty it expresses with colors!

Black insulation is basically the only option for hot wires. It’s also found in the majority of ordinary residential circuits.

The source cable that carries power from the electrical service panel to the destination is called “hot.”

If you mark a white wire with electrical tape, you might be able to utilize it as a hot wire. The opposite, on the other hand, is not suggested nor permitted. To put it another way, a black wire should never be used as a neutral or ground wire.

Alternatively, avoid using it for anything other than carrying live electrical loads.

Hot cables are indicated by a red line. At the 240 volt setting, the red wire may be used as the second hot wire. It may be ideal for 240 volt heater wiring.

Interconnecting hardwired smoke detectors is another application for red wires. Therefore, when an alarm is activated, all other alarms will sound at the same time.

In most cases, red wires are employed as supplementary hot wires. The red wire is also very hot and needs to be clearly labeled to prevent electric shock.

When placing ceiling fans near a light switch, red cables are typically used.

Instead of a neutral wire, a white wire with a red or black color marking is frequently utilized as a hot wire.

To indicate this, a ring of black or red electrical tape is often placed around the wire’s insulation. Other colors, on the other hand, should not be used on a regular basis.

On a 240-volt appliance, for example, the second hot wire could be a white wire from a two-wire connection. Using black electrical tape, loop this white wire multiple times. This indicates that it isn’t being utilized as a neutral.

The most commonly utilized form of wire for grounding is bare copper wire. Grounding is required for any electrical equipment. Grounding ensures that electricity can safely move in the event of a fault.

The current returns to the earth or to the ground.

Electrical devices like switches and 110v or 120v outlets are connected to bare copper cables. Metal appliance frames or housings are also connected via these.

Grounding is required for metal electrical boxes. They’re constructed of a conductive material, after all.

Plastic crates do not need to be grounded because they are nonconductive.

Green wires should never be used for anything other than grounding. The grounding connection in an outlet box is connected by green wires. It is connected to the ground rail of the switchboard.

The main function of these devices is to ground the circuit.

It also serves as a channel for a circuit’s electric current to reach the ground. It resists if a live wire comes into contact with metal from another conductive material. This wire is essential for gfci installation.

This indicates the presence of a live wire. The electrical tape wrapping on older cables may come undone at times.

The neutral wire may have been snatched by a loose loop of tape inside. The term “neutral” can be misleading as it appears to refer to uncharged wires.

It’s crucial to keep in mind that neutral cables might transport power as well, resulting in a shock.

Power is sent from the service panel to the gadget by hot wires. For this reason, both hot and neutral wires might shock and harm you.

Inside an electrical conduit, blue and yellow wires are occasionally employed as hot wires.

Blue and yellow wires are rare in NM cables. Blue wires are typically used for three-way passengers. In four-way switch applications, these are also used.

In commercial structures, blue and yellow wires are the most common.

These are the live wires that are pulled through a conduit. Ceiling fans and outlets with light switches are wired using yellow wires as switch legs.

Blue wires, on the other hand, are commonly employed as passengers in three- or four-way switches.

In case you need to replace any of the wirings or buy a new warrior cable, here’s my recommendation. Take a look at them-

These are the different wiring color codes that you need to know about. For further assistance, reach out to your local mechanic around you!

I request you to clarify any uncertainties that you have about these before working!

Question: Which color code of wire is often seen in households?

Answer: Red, black, and white colors are used to wire three-way switches. The White is known by the nickname “Common.” Colored wires, on the other hand, can also be used as hot wires.

Question: Is it a problem connecting different wires?

Answer: You must not do it anyway! Electrical lines in white and gray can only be linked to one another. Even though they’re referred to as “neutral” wires, they can nonetheless carry current. So be careful with these wires.

Question: What happens if I mistakenly connect black and white wires?

Answer: It’s a switch loop if both sides are connected to each other. The switched power is returned to the outlet via the black wire in the same cable. Remember what to do once the cables are linked.

Now you know what the different household wiring color codes are! We believe you have clear ideas about these codes now.

We hope you find our information handy and helpful!