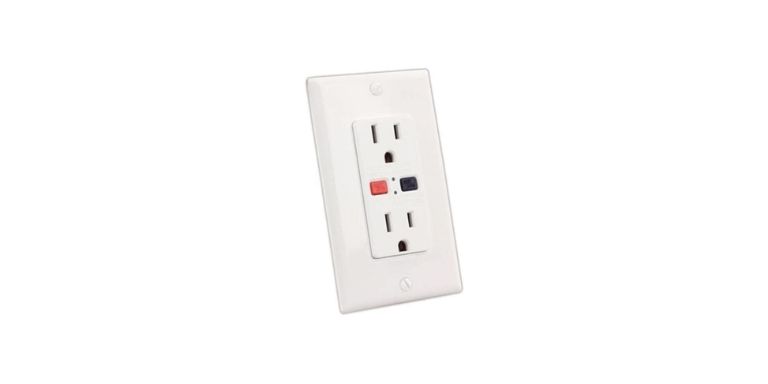 110v and 120v are often termed the same, and both are almost identical and hard to differentiate. But still, there are some minor differences as well as similarities. Apart from the numerical value they hold, there are some other factors to consider.

What are the differences between 110v vs 120v outlets?

Well, there are almost no differences between the 110v outlet and the 120v outlet. Characteristics-wise, design-wise, price, or whichever segment you divide in, both of them are practically the same. However, some slight differences might be interesting. Also, there might be yea and nay on which one to buy.

This small bit of information may not clear out all your confusion. But don’t fret; I have discussed all the things you need to know. If you can spare some time, keep reading along!

The 110v outlet is probably one of the most commonly used outlets. Sometimes 120v is used in place of 110v. But don’t get confused by this.

110v and 120v are basically the same. Both of them are standard electric outlets.

Anyways, they both have some internal variations between them. You will get to know about that in the latter part of the discussion.

While there are some differences, there are more similarities between 110v vs. 120v outlets. I have explained the whole thing considering 5 factors. So, hop in to know in detail about 110v vs 120v outlets.

Designwise, 110v and 120v outlets are almost the same, and you will hardly notice any difference in their design language. But the number of slots on the outlet may vary depending on the inclusion of the ground pin.

The 110v and 120v appearance may also vary depending on the circuit breaker used in them. For example, outlets containing 20 amp and 15 amp breakers won’t have the same appearance.

Both of them will have distinct kinds of outlet plugging systems. So, while you are plugging in any appliance to an outlet, make sure it matches the outside plugging slot. Otherwise, you might face problems.

Remember that horizontal pins are for 20 amp breakers, whether it is a 110v or 120v outlet.

As 110v and 120v are almost the same, there is no specific difference on which device is for which outlet.

Electrical appliances are designed to work in a range of voltages. So, considering that, if a device works in a 110v outlet, it should work in a 120v outlet as well. Most of the 120v voltage supply gets reduced to around 110v due to system power loss.

So, more or less, you are getting the same output compatible with 110v. This is why there is no specific instruction about the device support in 110v and 120v outlets.

Adding to that, if you want to calculate the power loss by measuring the voltage output, there are some devices to do the job:

I hope this list of suggested products will be helpful to you.

As 110v is lower in magnitude, you may think that it will not harm that much. But in actual cases, this is not true.

110v can be dangerous in the same way as other high voltages like 220v or more. Also, there is no need to explain that 120v is dangerous as well. As 110v and 120v hold almost the same characteristics, both are equally dangerous.

The danger factor can not be differentiated between the two. Both are capable enough to kill you if you are not careful. So, precautions must be taken, or else it can cause huge damage to you as well as others.

Probably you know that voltage or power transmission always fluctuates a bit. So, you won’t get the exact rated power all the time, and it will vary within a range.

In the same way, 120v outlets provide more or less around the 114v-115v output. Now, it is true that power loss is less when the voltage is low in magnitude. So, in that case, 110v is supposed to incur less power loss through heat.

But in reality, this difference is not that much notable. 110v and 120v are very close to feeling the difference due to system power loss. So, this is not a significant differentiating factor for 110v and 120v.

The prices of both the 110v and 120v outlets are the same. In fact, 120v outlets are designed in such a way that they can carry out the load ranging from 110v-120v. So, the price of the two outlets doesn’t really differ.

The price can vary depending on the extra additions like the number of prongs or inclusion of USB ports etc. But that doesn’t collide with the voltage difference. So, you can not differentiate them according to the price tag.

These were the 5 factors that I discussed to show the inter-relation and slight differences between the 110v vs. 120v outlets.

As both the 110v and 120v outlets are almost identical, it’s really hard to pick a better option. No matter whichever you purchase, you will get the same output.

It’s not that 120v is more advantageous than 110v or vice versa. There is no superiority between the two, and the pros and cons are the same.

Question: Is 120 volts a lot of electricity?

Answer: Although 120v is not as high as 220v or more, it can still be fatal. In fact, it is capable enough to kill a person.

Question: Is 110V suitable in the USA?

Answer: Yes, 110v will just work fine in the USA. It’s the standard electricity there.

Although there is not much difference between 110v and 120v, I tried to discuss them briefly. I hope you were able to extract the gist from the discussion.

So, this was all about 110v vs. 120v outlets. Have a good day and be careful while operating electrical components. Your safety is in your hands.