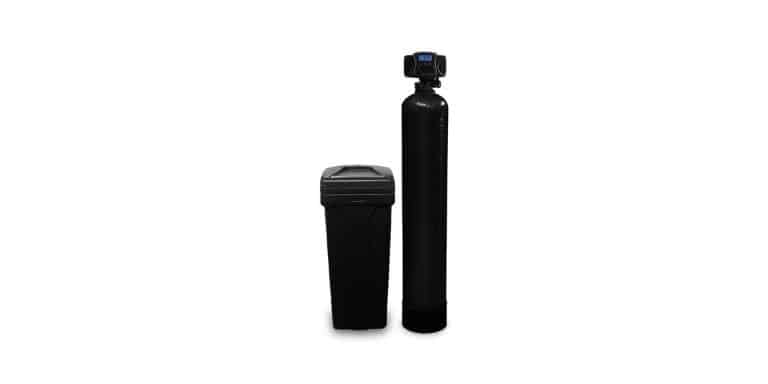 Nobody likes a high density of minerals in their water. It’s quite damaging to your health too. That’s why installing a water softener is super important. You also have to know the right way to install it.

Should you place a water softener before or after the pressure tank?

Anyhow, that was a short summary of the entire discussion. We’ve discussed each of these points with more details below.

So, keep reading if you wish to know more about water softeners and pressure tanks.

What Does a Water Softener Do?

A water softener is a device that cleans out a high density of calcium and magnesium. For iron, however, you’ve to install an iron filter.

Have you seen those dirt marks on showerheads or faucets? Well, they can be inside the supply line as well. That’s how they got the name hard water too.

Having these substances in your water is not beneficial for your health. If they enter your body, your body will be at many risks.

Hard water substances can also easily make bonds with other metals. Calcium and magnesium are both highly reactive. As a result, rust residues are created.

So, a water softener prevents corrosion while providing better quality water for you.

Water Softener Before or After Pressure Tank: Key Differences

This is a question that a lot of people ask when installing a water softener. Because installation costs a lot and you don’t want to make mistakes. Also, those mistakes might prove fatal sometimes.

That’s why we’ve made you a small table to understand it better:

A quick look may be descriptive but it’s not everything. If you’re having trouble understanding them, don’t worry. We’ve discussed all of these aspects in detail.

Installing Water Softener Before or After Pressure Tank: Detailed Discussion

There are usually some tricks behind choosing a water softener. Because a good water softener lasts for years and doesn’t cause any problems.

But if it’s installed wrong, any softener will get damaged.

If a softener is placed before the pressure tank, it will get clogged much faster. As a result, the whole system will fall apart. Because the overall pressure will get altered due to the clog.

Most of the water supply lines have 1” pipelines. It’s optimal for regulating pressure/flow in a supply system. But a water softener has a smaller inlet and outlet pipe.

A pressure tank normally maintains the pressure and keeps the water flow stable. These pressure tanks have 1” sized water supply lines. But the water softener has only ¾” inlet pipe.

If a small inlet pipe is directly connected, the pressure will fall apart. You can’t possibly maintain the same water pressure with a 75% narrower pipe. As a result, the supply system gets hindered

Usually, there’s a lot of reasons behind a well pump slowly building pressure. This is just one of them.

But you can avoid this outcome by connecting the softener after the tank. This way the pressure stays intact and small inlet pipes don’t bother at all.

A water softener has a regeneration cycle. In this phase, water goes back to the resin bed to displace the accumulated solids.

This process is fundamental to the water softener. Because if there’s too much solid on the resin bed, water won’t be filtered properly.

That’s why it needs a backwash after a certain period. It helps the softener stay clean and release the solid as discharge.

If it’s placed before a pressure tank, it won’t backwash automatically. It will instead start sucking from the outlet pipe instead.

But if you place a softener after the tank, it will only suck in clear water. Because outlet pipes are mainly installed right after pressure tanks.

Like pressure tanks, there are few valves installed in the supply line. These are called pressure-reducing valves or pressure regulators.

This valve reduces pressure for the home appliances. Without this, you will face a burst of water in the kitchen sink or in showers.

Installing the softener after the tank won’t affect the regulator. This way, your water softener can benefit from it. It won’t face increased pressure and will operate better under regular pressure.

This setup will knock one problem off from the list of pressure regulator problems.

Speaking of water softeners, here are some of our favorite picks:

You can now grab whichever you like and get started!

In conclusion, you’ve to install a water softener after the pressure tank. Because putting it before a pressure tank creates a lot of disadvantages.

But you may face trouble installing a softener after a pressure tank. In that case, don’t be shy to call a professional. Because they can alter some supply lines and find the best solution for you.

Question: When should a water softener be installed?

Answer: It’s always best to install a softener at the beginning point of the plumbing system. Because that way, water has to travel less through the metal pipes. Also, you can directly connect it to a water heater afterward.

Question: Does an iron filter go before or after a water softener?

Answer: Iron is much harder than magnesium or calcium. It can also be found in more quantities than the other two. This is why the iron filter will go first. This way, your water softener won’t have to deal with irons at all.

Question: What is the average cost to install a water softener?

Answer: Installing a water softener is a complex task. Depending on complexities and sizes, the installation cost can range between 400$-5000$. For most homes, the cost will be 1500$ on average.

That’s all we could gather on the water softener before or after the pressure tank. Hopefully, that was enough and you’ve found the reasons that you were looking for.

Finally, best of luck with your water softener!