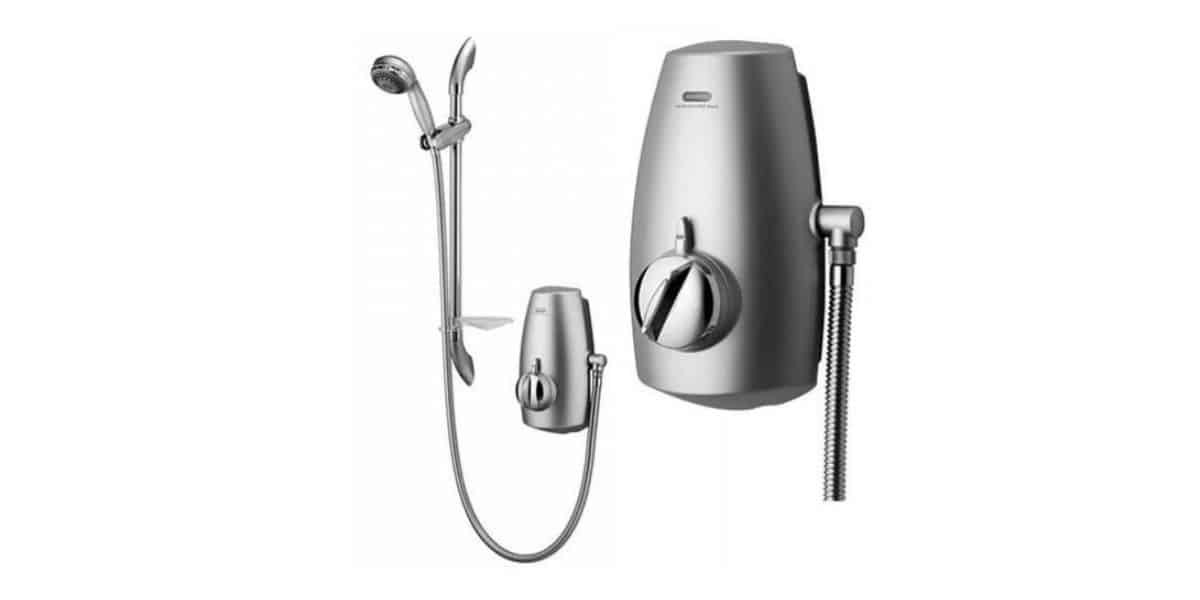 Showers can be a great source of comfort. They allow you to bask in warm water after a tiring day. They’re also great for a quick wake-up call! But what about the distress when the shower malfunctions?

If you found your Aqualisa shower leaking from bottom, you know exactly what we’re talking about. Luckily, there’s a fix to it.

Aqualisa showers may leak if the O-ring is damaged or the cartridge needs to be replaced. You’ll know the O-ring needs to be changed when you find water leaking out of the joints. To stop it, shut off the main valve and open the shower handle. Then remove the cartridge and replace the O-ring. Reassemble everything and you’re set.

That was just the icing on the cake. To get the bigger picture, keep on reading.

Why is Your Aqualisa Shower Leaking?

So you’re in a nasty situation and you desperately want to fix the leak. Just like your Hydramax shower dripping, there are a few reasons behind this.

First of all, a leaking shower can be caused by a faulty O-ring. Or, it could also happen if your shower cartridge has been damaged.

If those two things went over your head, no worries. We’re here to simplify the whole ordeal for you.

As the name suggests, an O-ring is a small rubber circle located inside the shower. Their main purpose is to prevent any water from leaking or dripping.

This leaking water could be the reason behind a low-profile shower tray overflowing.

So then, how does it contribute to a leaky shower? Well, when these rings get damaged, the joints become loose. Since the rubber isn’t there to seal the joints anymore, water easily seeps out.

What was a Shower Cartridge Again?

Think of it as a fitting that controls the amount of water getting into your shower. Without it, the excess water could cause water pooling in your shower tray.

Other than controlling the water flow, a shower cartridge helps regulate the water temperature.

Without it, it wouldn’t be possible for you to have consistent warm water flow. So what happens when this regulator gets spoiled?

You guessed it right. Water spills from the joints, even after you turned the shower off.

Now that we know the two major culprits behind a leaking shower, let’s jump into the solutions.

How to Fix Aqualisa Shower Leaking from Bottom

By now, you must have a clear idea behind the two main causes of a leaking shower. Although you can seek professional help, it tends to get pretty expensive.

So, you could try doing the following methods on your own.

First of all, how do you know that the O-ring needs to be changed? Well, there’s a small trick. Although there’s no definitive rule, look for the spot of water leakage.

If you find that water is leaking from the shower joints, it’s the O-ring.

To replace it, you’ll need to choose a good quality O-ring. Here are some of our suggestions:

Now that you’ve selected your O-ring. Let’s see what other tools you require.

Once you have them in hand, let’s begin.

Before anything else, it’s crucial to turn off the main water supply of your bathroom. This could be a valve designated for your shower.

Or, you may have to turn off the main water valve.

After you’ve turned off the water supply, it’s time to disassemble the shower handle. To do so, use a screwdriver.

But if your shower model features a retaining bolt, you‘ll need an Allen wrench.

Once you’ve opened the shower handle, time to remove the cartridge and get to the O-rings. To do so, get a pair of pointy-nose pliers and remove the retaining clip.

Now it’s time to replace the O-rings. First, chop off the old O-rings with a stationery knife. Rub some grease on the spot and slide the new O-rings in place.

After you’ve set the O-rings in place, it’s time to reassemble everything in place. Set the cartridge back and put the retaining clip in place. Then, put the handle back together.

Those were all the steps for replacing an O-ring. Now let’s see what you should do, in case of a faulty cartridge.

When following the previous steps from 1-3, you may notice that your cartridge is damaged.

If that’s the case, a replacement may be the best option. Keep in mind, that a cartridge is on the pricier side. So you may have to dish some money out on the project.

To replace the cartridge, follow the previous procedure up to step 3. Then, just install a new cartridge.

Finally, you’ll be good to go.

Question: Why does my Aqualisa shower keep going cold?
Answer: In case your shower is running cold, it may be because the valves in the shower aren’t fully open. To fix this problem, check the main and shower valve. Next, check if your stabilizer valve is working properly.

Now that’s all we had to share with you. We’d love to hear your thoughts.

Have more solutions to the Aqualisa shower leaking from bottom problem? Enlighten us by commenting below.

Till then, have a good day!