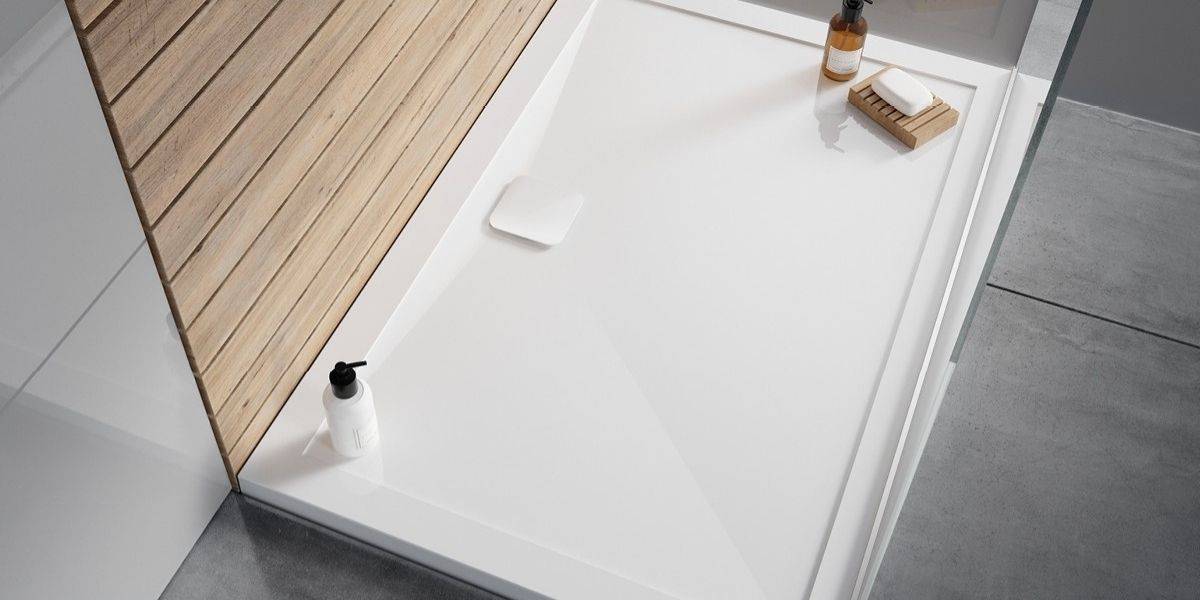 You get up in the morning, shower, and quickly get ready for your day. As you come back, you notice there’s some water sitting in the shower tray!

Does that mean someone took a shower after you left? Was it an intruder who wanted to use your fancy shampoo? We guess not.

Water pooling in your shower tray can cause multiple problems. From tile discoloration, growth of mold, or a damp-smelling bathroom, it’s nasty. Primarily, this could happen due to a clogged drain or a leaking shower. It could even happen if your shower tray wasn’t installed properly. Luckily, it can be fixed.

Sounds like any of the reasons we listed above could be the problem? Then let’s jump into analyzing the causes. After all, we must unravel the mystery behind this.

Why Water Pooling in Shower Tray is a Major Problem

So we know that you want to get rid of the problem as soon as you can. But before we check out the possible reasons, let’s find out why this is such a huge problem.

Although pooled water may seem like a minor issue you can put off, don’t! This can seriously damage or discolor your shower tray. The collected water can also lead to a growth of mold or mildew between the tile gaps.

In the worst-case scenario, you may even have to retile your entire shower!

The pooled water could also lead your bathroom to smell damp and disgusting.

If the pooling is caused by a clogged drain, the situation will only get worse over time. Thus, it’s prudent to fix this problem as soon as you can.

All in all, it’s just not a pleasant situation to be in. Thus, let’s see what we can do about this situation.

I guess we’ve agreed that this icky problem is a huge bother. But, the main question is, why is this happening?

Sadly, there is no direct answer to this question. The cause could be anything. From drainage problems to something as simple as leaky taps or showers.  Whatever the reason may be, it’s prudent to get it tackled as soon as possible.

Or else, this could harvest a host of problems. Also, you wouldn’t want this to become a source of embarrassment. However, the reasons could be different for a low profile shower tray.

So, since you wouldn’t want your fussy aunt to notice the water pooling, let’s solve the issue.

Alright, this one is a no-brainer. Or so you think! The first thing you do when the water isn’t moving is to clean any hair or dirt.

But sometimes, the shower could clog in the interior. Although invisible to the eye, this could be the culprit behind a dirty shower tray and damaged interiors. You see, this could damage the grout and caulk in the walls, leaving them discolored and weak.

Also if your accent tiles are thicker than the wall tiles, the edge could pool water.

So how do you know you have an invisible clog? One of the telltale signs is obviously that the water is draining slowly. Other than that, you may discover a bad smell coming from the shower.

This is all of the dirt that’s rotting away under your shower plug. Sounds disgusting, right? An easy solution for this is to use commercial drain cleaners. They work by melting away the dirt, in case of a minor clog.

Down below, we’ve listed some of our favorite drain cleaners that work like magic.

But what to do when the clog is more serious than that? In case you have long hair, it could easily collect down the drain. Over time, a huge clog could form which won’t be cleared by a weak drain cleaner.

In such situations, you’ll have to take a metal hanger. Next, break off the tip and form a long hook with it. Now reach down the drain and use it to pull up any such blockage.

You’ll notice all of the clogged material coming out of the plughole. Try not to get grossed out, as you see it coming with the hook.

We don’t know about you, but that was pretty traumatic for us to imagine.

So we’ve listed an easy and simple reason next, to wind down. So, here’s the deal.

Do you find water always pooled in your shower tray, although you haven’t showered? There could be several culprits to blame. One criminal can be a problem in the cartridge.

Cartridge controls the amount of water that gets into the shower. If it is damaged, water could be leaking from the bottom.

Another felon could be a leaky tap. Although these are fairly noticeable, sometimes the leak may be minor.

If the water is leaking from a discrete place, which would never catch your eye unless you looked. So before you decide to stuff your hand down the drain, look behind the tap.

Now, do you notice a discoloration on your tile wall which runs down in a pattern? This could indicate that water drips down from there, taking away the color. Also, the growth of mold or mildew on the wall could mean that they’re always wet. That too leads to the possibility of a shower leakage.

Once you find the leak, fix the shower leak if you have the expertise or knowledge. Or else, we suggest you leave things for professionals.

Lastly, we’d like to touch on a more serious and hard-to-fix problem. But, before you get intimidated, hear us out.

Suppose you clean out your drain really well, and you’re sure that there are no leaky faucets. Then what could be the cause behind the water pooling?  Why are you still finding your shower tray with pooled water near the plug?

This could indicate a problem with how your shower tray was built. You see, even if the shower tray looks flat, it actually isn’t. There is a gradual slope from the edge of the shower to the center.

This facilitates the water to drain easily and prevents the root cause of water pooling. But if the slope is a bit inaccurate, then it becomes a problem.

If you identify that this is the issue, it’s best to leave it alone. Instead, call your plumber or the bathroom company. Since they know how to fix shower trays, you won’t risk any damage.

Although a little expensive, fixing this problem once and for all will give you peace. And, you’ll save your sanity. The next time, make sure you hire a plumber who knows how to tile around the floor drain.

Question: How can you tell if your shower pan is leaking?
Answer: If you find the tiles around your shower pan suddenly loose, this may indicate a leaking pan. In case the leak is serious, you may find a damp carpet in an adjacent room. This happens if there’s a connected wall to the shower. Also, search for water-stained baseboards or ceilings.

Question: How long should a shower pan last?
Answer: Depending on the shower pan material, it could last from anywhere between 10 to 15 years. A good way to maintain the shower pan is to pick one with small gaps between the tile. This prevents the growth of mold since grout is hard to clean.

Question: How do you unblock a shower tray?
Answer: If you discover a minor block in your shower tray, pour around half a cup of baking soda. Next, pour half cups of white vinegar down the drain immediately. The two ingredients together will melt away any debris.

That was all from us! We hope we answered all of your questions.

In case you have any left on why there’s water sitting in shower tray, do let us know.

Until then, stay happy!