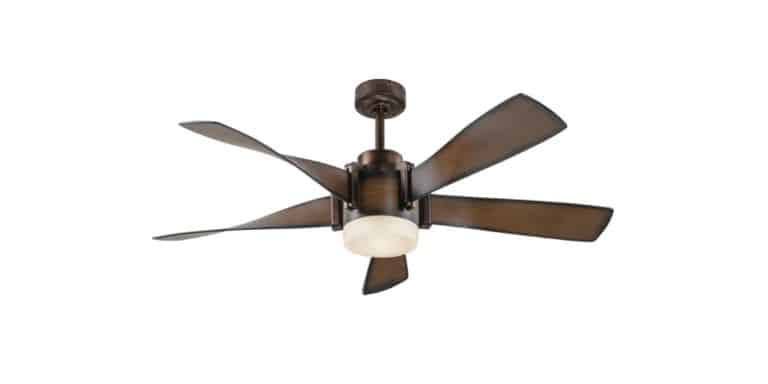 It’s quite bothersome if your fan’s breaker is tripping very often. It means there’s an unbalanced current flow in the electrical circuit. But it’s tough to pinpoint the actual reason for the breaker’s tripping.

What are the causes for ceiling fan tripping breaker?

Fan’s circuit breaker can trip for multiple reasons. If it’s due to circuit overload, try adjusting the balance over other electrical appliances. For short circuit or ground fault serges, pay special attention to ground wire connection. You also have to look out for faulty ceiling fans.

That was the preview of the whole discussion. To know more about this problem, read our piece till the end.

Why Does Circuit Breaker Normally Trip?

This switch automatically turns off or trips when it detects an overflow of current. In other words, it trips when any dangerous electric flow goes through the circuit.

Unlike a fuse, a tripper doesn’t need to be replaced every time. When the tripper falls, you can simply switch it on again. Generally, the circuit trippers are located in the central electric panel of the house.

There are separate trippers for separate electrical circuits that control different rooms or areas. It means when a tripper trips only a certain area loses current power. It doesn’t affect the entire house’s electricity.

Fan’s circuit breaker can trip under a few conditions. We’ll talk about them and also share the possible solutions for these issues-

Circuit overloading is the most common reason that causes circuit breakers to trip. If a breaker is overloaded with multiple fans running together, it can trip.

It happens when the electric line draws more current than it can handle. This problem is similar to using a 15 amp switch on a 20 amp circuit. For example, if a 15-amp circuit outlet draws a 20-amp current that’s circuit overloading. As a result, the circuit may overheat and cause damages.

But can a single fan also trip the breaker?

The answer is yes, under certain conditions, it can. When a single fan is conjoined with other electrical appliances it can trip. The electrical overload in the whole circuit causes the tripper to fall.

To prevent your fan breaker from tripping, you can replace it with another breaker. Plug the fan’s breaker to another outlet where there’s less chance of circuit overloading.

Check out the bad outlets as well. There’s a chance that a  single bad outlet can influence others.

Another thing you can do is redistribute the load. Change some electrical appliances to maintain a balance. This way the circuit won’t overload.

A short circuit is another common reason why circuit breakers trip. It happens when the hot wire and the neutral wires come to contact. A large amount of current passes through the circuit.

This sudden current pass is what we know as a short circuit. When this happens, the circuit breaker trips to avoid any dangerous outcome.

Short circuits can occur due to faulty wires or loose connections in the circuit. You can detect this event from a burning smell around the breaker.

Short circuit issues can be solved by adding a ground wire to your circuit. It’ll prevent the sudden rush of current to go through the circuit. Instead, it’ll lead this extra current to the ground.

If your fan’s breaker is tripping for a short circuit, look for loose connections. Add grounding wire to the circuit. Use a junction box to extend wiring if necessary.

This issue is similar to a short circuit problem. It happens when the hot wire touches the outlet’s metal or the ground wire. When this happens a large amount of current passes through the circuit. This causes the breaker to trip.

This problem can cause serious health hazards if someone accidentally touches the hot wire. The extra current will pass through their feet to the ground. Look out for faulty equipment, wires, or improper installation process to avoid such outcomes.

Check the equipment with a professional electrician. Make sure the connections are secure and the breaker is installed properly. The ground wire should be placed appropriately.

Also, instead of using old equipment, try using modern ones. Never overlook this problem and don’t try to fix them yourself.

The problem can be within the fan if the circuit breaker trips pretty often. But it’s hard to detect the problem when your fan is running smoothly.

To detect a faulty fan, remove the fan from the ceiling. Connect the wire nuts to the leads afterward.

Check if the circuit breaker still trips without the fan or not. If it doesn’t trip, you know that your fan is faulty.

If it’s possible to replace the faulty parts, you can do so. But not all parts can be bought individually. Plus fixing a few parts is not a long-term solution.

In that case, replacing the ceiling fan should be the way to go. Add a new circuit breaker too if the older one is not working efficiently.

We’ve talked about faulty ceiling fans when the problem is not visible. But a visible fault in our ceiling fan is vibration among the paddle blades. This might be the reason why your fan’s circuit breaker keeps tripping.

Why do the blades vibrate while running?

The reason is quite simple. The blades of the fan collect a lot of dust and debris over time. This messes with the balance of the blades causing them to vibrate while running. This can later lead to a loss of connection between wires.

Vibrating can damage the wire connection pretty badly. Before it can cause serious damage you can prevent it with some simple steps.

Clean the blades and keep the fan clean first. You can use a rag and dip it into dishwashing liquid.

You can use these as suggestions-

Question: How to change a ceiling fan fuse?

Question: How to replace a circuit breaker?

Answer: Turn off the branch circuit breakers one by one. Then shut off the main breaker. Check the wires with a voltmeter to make sure no current flows in them. Disconnect the breaker’s wire and replace the breaker. Reconnect everything and check if it works.

Question: Can a bad capacitor cause the circuit breaker to trip?

Answer: Yes, it can. Capacitors are initially responsible for starting the compressor. If the compressor faces trouble starting, it might pull more current than its capacity. It’ll cause the breaker to trip. It’s best to replace worn-out capacitors.

That was all from us about the ceiling fan tripping breaker. Hopefully, you’ve found the issue that’s causing the problem.

Good luck and see you again in another post!