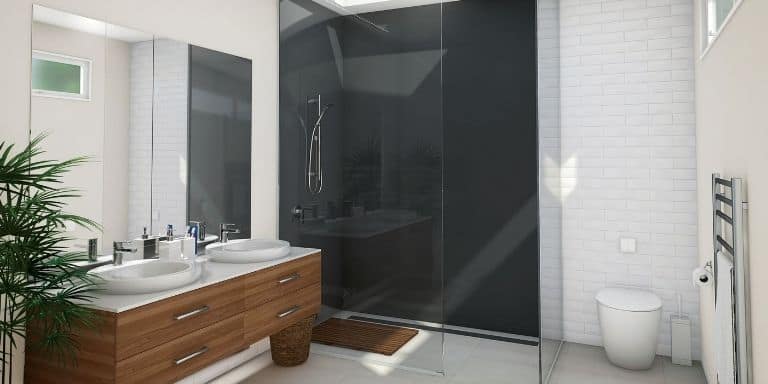 You’ve installed a shower with your desired features! You’re too excited about it. But you suddenly notice that it’s missing one of the major things! It’s the p-trap that’s missing in the shower.

Wondering what to do now? Don’t worry, we’re here to help you through the situation.

What to do if there’s no p-trap in shower?

It’s necessary to have a p-trap in the shower. But if it’s missing, you can try out some alternatives. Firstly, you can try the HepvO waterless valve. Secondly, a bottle trap can be used. Finally, a grease trap is also an option that you can consider.

This might not be clear enough for you to solve this problem. We have a detailed discussion gerding this, so keep reading.

Is It Necessary To Have P-trap In The Shower?

It’s absolutely a necessary thing for the shower to have a p-trap. According to legislation, all shower drains must have P-traps. All fixtures connected to a building’s main plumbing system are included through this.

These pipes also make sure that there’s no basement draining up after the shower. They do this by catching the solids.

P-traps are curved pipes that are fitted under all types of showers and drains. This pipe is an extremely important part of your home’s plumbing system.

What Would Happen If My Shower Doesn’t Have A P-trap?

Shower lines can be damaged if p-traps are not installed. They have the potential to bring harmful sewer odors into your home.

When a trap or interceptor loses its water seal, it becomes a dry p-trap. It permits sewer gases to back up into your home through the drain.

Since there are no p-traps in the shower, the dirt and debris or other solids won’t be caught. This will result in your shower smelling bad. And you don’t want that.

4 Alternatives of P-trap in The Shower

P-traps are definitely required for the shower. But if you’ve accidentally left without it, you may follow 4 alternatives. The alternatives are provided below-

If you don’t have a p-trap, you need something else to work instead of it. You surely don’t want your shower to stink. In this case, you can go for the HepvO valve. The RV industry has come up with this option.

It can be installed horizontally and seals off the air. This may cost you as much as the cost of a main water shut-off valve.

This is ideal for compact places, such as those found beneath a shower. You can keep it inside the framework of the building because it’s much smaller and less cumbersome than a p-trap.

This has no effect on freezing or damage to other elements.

Bottle traps are not always permitted by law in some places. But many designer sinks have bottle traps. Because they have a cleaner appearance and are better suited to tiny places.

Bottle traps have a horizontal waste water exit with a lower half that unscrews to allow debris and clogs to be removed. Bottle traps take up less room under the appliance than P- or S-traps, making them appropriate for tight spaces.

Thes traps catch the first and debris the same way as a p-trap.

Grease traps keep grease and waste water separate. Grease does not enter the system and clog it. Building traps and interceptor traps are most commonly used in industrial settings.

Other traps, such as drum traps and bell traps, are no longer used. Because they aren’t self-scouring.

In general, traps come in a variety of shapes and sizes. But you should be certain that you are selecting a legal alternative.

Now, you might be wondering what grease trap to use for this. We’ve got some suggestions below-

These are the products that can be quite effective in your shower place.

These are the alternatives that can be effective instead of a missing p-trap. Don’t forget to contact the experts as soon as you come to know about the issue.

You might wonder which one’s better between p-trap and s-trap. But the p-trap is more necessary than the s-trap. Since the p-trap is better, it is ideal to install it. But if you don’t have one, you may as well contact a professional to help you through the installation.

Question: Why is there a bad smell coming from the shower p trap?

Answer: The odor-causing microorganisms can generate odors in a shower drain. These bacteria eat the trash in the pipe and feed on it. Some of these anaerobic bacteria can be found in the P-fetid trap’s water. So, hydrogen sulfide gas is produced, having a sewage-like odor. Cleaning the drain thoroughly or making sure the P-trap vent is clear can help with that stinky shower.

Question: Can I put bleach in the shower drain?

Answer: Yes, you may consider putting some bleach down the shower drain. Pour some bleach into a cup with care. Then pour it down the drain in your bathtub or shower. Allow for a 15-minute rest period. Then run hot water down the drain. But don’t let the bleach on for too long. Because if you wait much longer, your pipes may rust.

Now, you know what to do if there’s no p-trap in shower! We hope our pieces of information are quite simple and easy to understand.

We hope you’ve got a great time working on your home improvement!

We wish the best for your home improvement!