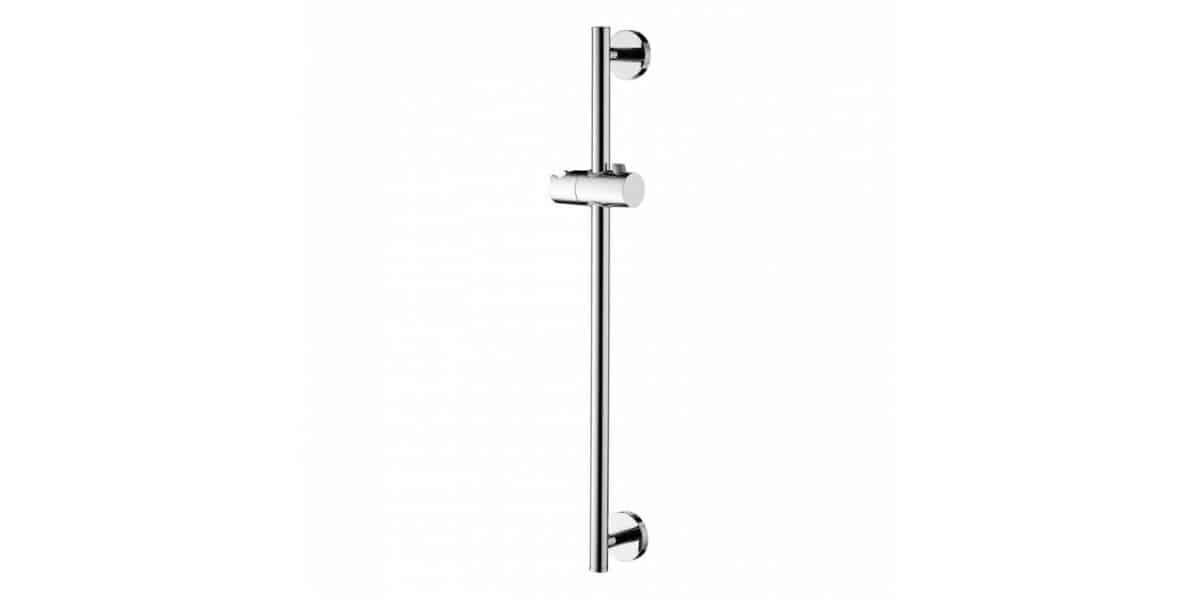 Renovating your bathroom but just can’t seem to remove your shower rail?

Then you may want to learn how to remove shower riser rail.

A shower riser rail may get stuck due to rust or a damaged grub screw. To remove it, you’ll need to unscrew the joints first. Then, apply WD40 to soften rust and check for grub screws. Finally, hammer the riser rail and pull on it.

Those were just the outline of the procedure. To get a better idea, keep reading.

Why You Can’t Remove Your Shower Riser Rail?

Before removing your shower riser rail, let’s diagnose the problem. When you know why your rail is stuck, it’s easier to remove it.

So firstly, you need to remove the screws. If you’ve done so and the rail won’t budge, the problem may be deeper. It’s as annoying as a wrongly angled shower arm.

Before you give up, let’s check out the top reasons why this is occurring.

The first and most common reason behind a stuck riser rail is rust.  You see, when you shower, water droplets spread everywhere. A damp bathroom environment hosts a perfect condition for rust.

Moreover, some bathrooms don’t have an exhaust fan in the bathroom. Thus, the place may remain wet for hours. Apart from the joints, rust may also change the color of your riser rail.

So how to prevent this? Well, we suggest you always air out your bathroom. After showering, refrain from closing your bathroom door. Turn on the bathroom exhaust fan and open the door to facilitate airflow.

Another preventive measure you can take is to use anti-rust material. When buying a shower riser rail, go for one made of stainless steel. Not only does this look attractive, but it’s also durable.

Apart from rust, there’s another reason why you can’t remove the riser rail. The thing is, different plumbers install riser rails differently.

Although most installation procedures are the same. Instructions may vary from model to model.

One such reason why you can’t remove your riser rail is grub screws. If you don’t know what they are, here’s a short overview.

Grub screws are also known as invisible screws. They leave no protruding head when screwed in. This mechanism helps prevent rust since the screw doesn’t catch water.

Also, grub screws can be tightened more than traditional screws. This ensures proper and stable fitting. So, how is this a problem? We’re coming to that.

If the grub screw head gets damaged somehow, you’re in trouble. That’s because there’s no way of removing them. The screwdriver will not fit into the grub screw.

Since the whole screw is inserted into the rail’s body, pliers won’t work either.

How to Remove Shower Riser Rail

So we’ve seen the major reasons behind a stuck shower riser rail. Now let’s see how we can remove this riser rail from the walls.

You’ll need a few tools and some time in hand. So let’s see how it’s done.

Firstly, take a screwdriver and remove all the visible screws from the joints. These attach the shower riser rail with the tiles and hold the rail together.

Once you’re done, try pulling the riser rail. If it comes off, you’re lucky. If not, keep reading.

Our prime enemy is rust. But how do you remove rust from the riser rail? Simply take some lubricant and spray it on the joint. Next, let it soak for a few hours.

Ordinary lubricants may not work. So here are some heavyweight lubricants we’d suggest:

Now try pulling on the riser rail and then removing it.

So rust was removed but the riser rail still won’t budge? Time to find grub screws. Once you notice, try removing them with an Allen wrench.

But if the head is damaged, you may need to drill the grub screw out. Keep in mind, that the riser rail may get damaged.

To loosen up the glue, you need to jolt the riser rail. Thus, take a hammer and firmly hit on the bar. Do this with enough force to rattle the riser rail. But try not to break anything. Or else you’ll have to retile your shower.

Once you’ve hit the bar a few times, it’ll be a little looser than before.

Now all that’s left to do is pull.  If you’ve followed all the previous steps accurately.  The shower riser rail should come right off.

But if you’re still having trouble, you may need to apply more force.

But be careful not to damage your tile floors. Otherwise, you might have to retile your bathroom. To prevent this from happening, line your shower tray with cardboard.

And finally, you’ve got the riser rail off the wall!

Question: Why has my shower lost pressure?
Answer: Your shower may lose pressure due to a blockage. Mineral deposits in the showerhead can cause the waterway to get blocked off.

That was it from us.

If you’re still confused about how to remove shower riser rail, do let us know in the comments.

Until then, stay blessed!