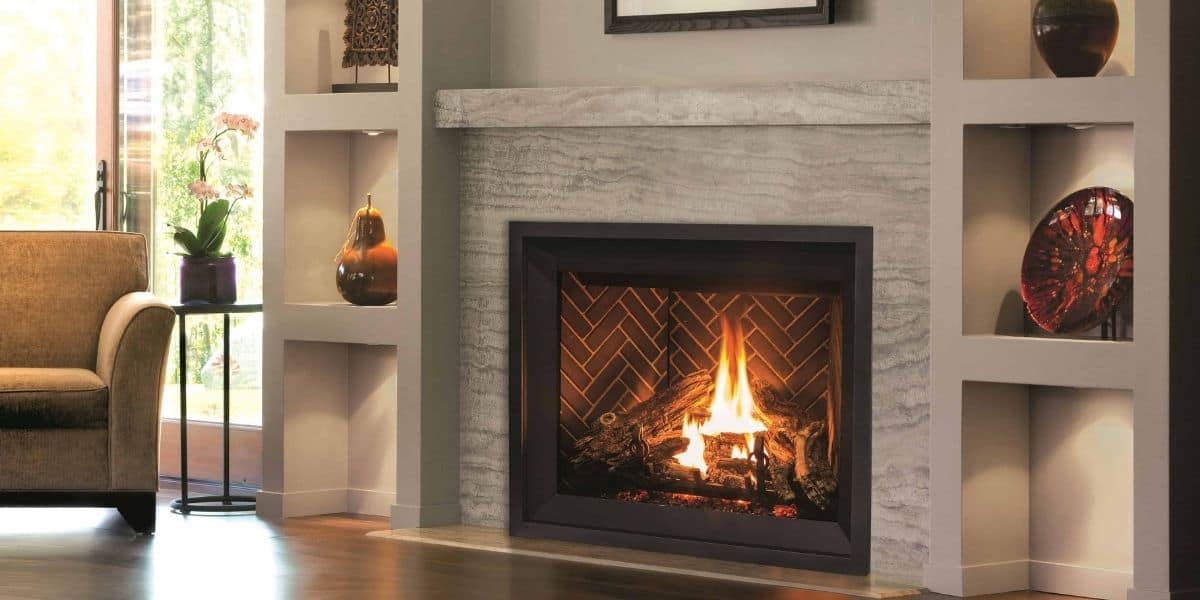 Isn’t it spooky when a gas fireplace turns on by itself? At first, it may appear like a scene straight out of horror movies. However, on a careful analysis, the reasons will appear logical and they really are.

What is the mystery behind why the gas fireplace turns on by itself?

The main reason behind this is always the faulty parts. You see, the damaged thermocouple or remote might be the reason. Other times, some wiring issues or switch problem arises that causes the fireplace to light on its own.

Did that puzzle up your brain? Well, don’t worry, we have an entire article that’ll help you understand the reasons in detail. So, shall we take a peek at it then?

4 Reasons why gas fireplace turns on by itself

We always seem to blame the dead for all the strange things that occur in our house. Like if the oven turns on its own or if the fireplace lights up automatically.

However, the ghosts are usually never the reason. There is always a scientific reason behind this. And today we’ll explain the reason why a gas fireplace turns on by itself.

Most of the time the gas fireplace lights up because of a faulty thermocouple. Now, what is a thermocouple?  Well, it’s a device that senses the heat in the room and grants permission to the pilot light to remain turned on.

And by now, you might have already guessed one. Yes, it automatically turns the fireplace on.

As for the solution, all you have to do is change the thermocouple. This will sort out the problem. And your gas fireplace will be working like its usual self again.

Another mischievous element responsible for the core issue is the wires. You see, they can cause all sorts of problems.

They can either burn out or tangle up and cause a short circuit.

This causes miscommunication in the wiring system. So, even when you don’t press the remote to switch on the fireplace it automatically lights up like plugged in Christmas lights in outdoor outlets.

These two wires mesh-up and create havoc. By that we mean the toggle switch can team up with the receiver and turn on the fireplace whenever the two wires touch each other.

At the same time, other wires can also cause this problem. So, it’s a good idea to check up on all the wires.

Sometimes it can also get difficult to plug in the  wires into the outlet. Hence, be careful of that.

One more reason for the problem can be the remote control. We are all familiar with how the remote works but sometimes they can go out of control.

So, if it malfunctions for any reason you may see some disturbance with its main function. In other words, your remote goes crazy and controls the fireplace at its own will.

Thus for a temporary solution, you can remove the batteries from the remote. However, for a permanent and long-lasting solution, you need to replace the remote or fix its problem.

Reason 4: Problem with the wall switch

The last suspect on our list is the wall switch. Now, most people don’t have a remote controller for their fireplace. Instead, they use a wall switch.

And as the remote and wall switch has the same basic function, the wall switch can be the culprit as well.

Thus you can check it for any issue and have it replaced if it’s the one at fault.

Question: Should you turn off the gas fireplace in the summer?
Answer: It is always a great idea to keep the fireplace turned off in summer. That’s because it saves both money and time, which is the ultimate goal.

That wraps up all the reasons why gas fireplace turns on by itself. Well, that’s all the possible scientific reasons behind this phenomenon.

So, you can rest assured there is no ghost in your house. It’s probably the wires or the thermocouple playing a prank on you.