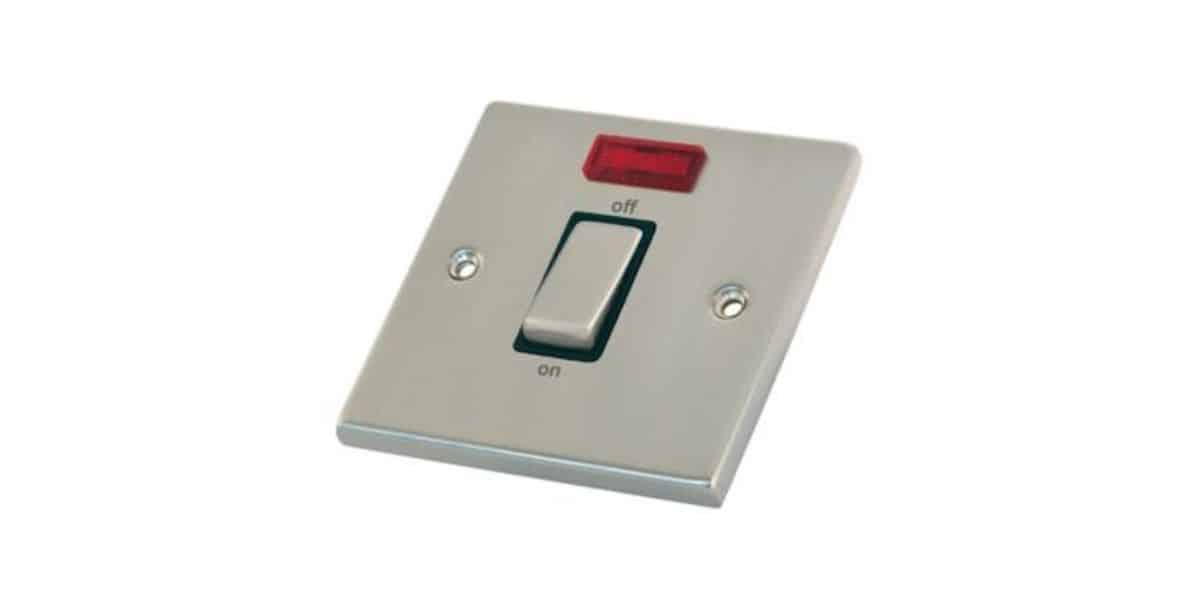 Just can’t wrap your brain behind why your switches keep getting damaged? Well, we’ve all been there, bud.

If you struggle with your shower isolator switch not working, we totally get you.

A shower isolator switch may malfunction when you turn it off frequently. Also, overheating and using a low-quality switch are all to blame. In case you find that your switch overheated, turn off the main power. Next, open the switch cover and check for damage. Then, replace all the essentials and reassemble.

That was just the tip of the iceberg. To find out how to fix the isolator switch, let’s dive deeper.

Why is Your Shower Isolator Switch Not Working?

Before diving into how we can fix this isolator switch, we’ve got some work. Let’s find out the prime reasons why your switch is damaged.

So without any chit-chat, let’s look at the culprits behind this phenomenon.

Well, it’s designed to cut off any electricity supply to your shower. This is best for fixing a plumbing problem.

So if you’re in a habit of switching the isolator switch off after showering, stop! This practice is worse for you than you think. Technically, you’re not really saving any energy by switching it off.

Electricity is only consumed when you turn the shower on. Thus, it’s best to keep the switch on at all times.

Next up, we have the classic problem of overheating. But, what causes the isolator switch to overheat?

It’s all in the connections. You see, if there’s a faulty connection anywhere, it could cause trouble. That’s because a loose connection means that there’s a strain on the switch to perform the same function.

This may lead to ignition, which causes the plastic cover and wires to melt.

The last reason might be that, you’ve simply chosen a poor quality switch. Now, there are loads of options in the market. Some switches may even be significantly cheap.

Are you tempted to get a deal that seems too good to be true? Then remember, that it probably is.

You see, cheap switches and wires may save you money in the long run. But they’re not durable at all. They’re also the culprit behind a broken pull switch.

That’s why it’s best to buy a good quality switch. Here are some tried and tested switches that you can try:

These will last and perform longer than your previous one.

Is a Shower Isolator Switch Same As a Shower Pull Cord?

So we said quite a bit about why your shower isolator switch isn’t working. But there’s a common query that may trouble you.

But don’t sweat it. The thing is, they both have the same functions.

Both of these mechanisms were created to cut the shower from electricity. So the only difference lies in their method of usage.

Only, the shower pull cord features a pull mechanism. On the other hand, the isolator switch can be turned off.

Now you’ve entered the main part of the story. How do you fix a shower isolator anyway? Let’s find out.

Just like removing a shower riser rail, this is quite simple. Simply do the steps that we wrote, and your problem will be solved.

Keep in mind, this is a solution to the overheating problem only.

Step 1: Turn off the main power

First of all, turn the main power that leads to the switch. Although this seems obvious, you’d be shocked at the accidents that happen.

Even if you think you turned off the main power, best do a double-check.

Next, open the main cover of the switch to access the wires. For this, you’ll need a screwdriver.

Remove the screws and simply pop the cover open.

Once you can clearly see the parts of the isolator switch, it’s time to assess the damage. One of the clear signs of overheating is obviously, molten wires.

Apart from that, look out for weakened insulators.

Once you’ve assessed which parts of the isolator switch need a replacement, get to work.

Depending on the damage, you may have to switch a few wires. Or,  replacing and wiring the switch may be required!

Once you’re done reassembling, turn on the power from the circuit board. Now, try switching the isolator switch. Hopefully, your problem will be resolved.

Question: Does an electric shower need an isolator switch?
Answer: Yes, electric showers are advised to come with isolators. In general, it’s recommended for showers to have a 50A pull cord or a 45A switch. But the difference between a pull cord and a switch is their location.  Whereas the pull cord is located in the shower, the switch is located outside.

Question: Is it safe to leave the shower switch on all the time?
Answer: Leaving a shower switch on has no particular pitfalls. However, remember to turn it off when you leave your home for a vacation. Or else, it could lead to a potential hazard.

Question: Why has my shower switch burnt out?
Answer: Shower switches burn out mainly due to loose wiring. This loose wiring results in sparks, when electricity flows through them. As a result, the switch burns out or melts.

With that, we come to the end of our post. If you liked our content, don’t forget to let us know in the comments.

Also, queries on behind your shower isolator switch not working, are cordially welcome. And, don’t forget. If you’re someone who’s inexperienced, it’s best you call an electrician.